Behind the Song Music Supervisor News
March 11, 2017May 17, 2017 tunefind show-vampire-diaries

As the final episode of The Vampire Diaries airs, we reflect back on eight years of a cultural and musical phenomenon. Music Supervisor Chris Mollere (@cmollere) walks us through his favorite songs featured across the 8 seasons of the show, including all of the major moments of the series. This post is Part II in a series covering all 8 seasons of The Vampire Diaries soundtrack. Check out Part I and Part II.

AMANDA BYERS OF TUNEFIND: This is it, Chris, the final post recapping your favorite moments from all 8 seasons. I know it’s been an emotional rollercoaster going back through all of these amazing moments. On behalf of all the fans, thank you so much for talking the time to share your thoughts, and for introducing us to all of this great music over the years!

CHRIS MOLLERE: It’s truly been my pleasure. There are so many other artists and songs that deserve to be on the list of favorites, but that list would be insanely long. I could really go on and on about all of the songs that we feel so strongly about and that added so much to our story.

AB: You definitely had a lot of amazing songs to choose from! Over 1,200 songs across 170 episodes. I’d have to run the numbers, but that’s definitely one of the highest on Tunefind!

CM: That is a whole lot of songs and we are so very thankful, appreciative and honored to have such phenomenal songs from all of the amazing artists that allowed us to feature their music in TVD over the past eight years! Their music helped us tell the story in some of our most pivotal and biggest moments of the series.  I’ve got to say thank you 1,228 times over to each of the artists that were so kind to allow us to feature their music, because it helped tell our story so much more powerfully. In addition to the artists, I want to send out so very many thanks to all of the labels, publishers, managers, third party representatives and everyone else that I’ve worked with in regards to music featured on TVD! Y’all helped so much in making all of these music features possible!

AB: Speaking of pivotal moments, let’s keep going with the review of your favorites from the final two seasons. And readers can listen along with all the featured songs in our Best of The Vampire Diaries playlist on Spotify. Don’t You Wait
by Cloves

from S7E3: The Age of Innocence

CM: This song has a throwback vibe to it and a hint of innocence that played so nicely for this scene between Valerie and Stefan. In addition to the hint of innocence, it also has a sexiness about it and with the lyrics saying “don’t you wait” it just fit the mood we were going for. I’m a big fan of Cloves’ music and I can’t wait to hear more music from her! I really love how the drums kick in when Stefan goes to kiss her neck. It’s a carefree song with two people just loving being together, and these moments are few and far between in TVD. 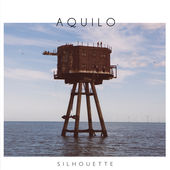 CM: And then there is this song, which is now one of my favorites. How does Aquilo make such sweeping, gorgeous, dreamlike, cinematic, haunting and epic music? When it starts between Caroline and Stefan it’s just a bed for their conversation, but then sweeps into truly epic for their kiss. Then we see Bonnie and Enzo and it drops back down a bit, but then they receive a call from Damon. Damon talks with them and is looking around the vault at The Armory. He then hears Elena’s voice and Bonnie and Enzo tell him to get out of there. A flood of memories hit Damon and he follows her voice. The song swells and becomes cinematic as it could ever be with the flashes of Elena and Damon. I truly don’t think we could have found a more perfect song for this sequence.

CM: This Coldplay cover is one of those that the artist made completely their own and it’s amazing! The uncertainty, darkness and haunting quality that the version encapsulates in just phenomenal. It was a very special cover by Clairity and Coldplay was so gracious to allow us to feature it by giving their approval on the publishing side. The counter playing at the end with the lyrics is just something you really strive for in scenes like this, because that truly makes the scene go to a whole other place. The song is gorgeous in every facet and with all that the scene encompasses and it being full of what will happen next, we were so fortunate to come across this song to feature. Now that we know what we know and what has transpired in Season Eight, this scene did exactly what it was supposed to do, which was make you wonder what in the world could be coming and even in my wildest dreams I couldn’t have imagined the way it all played out. 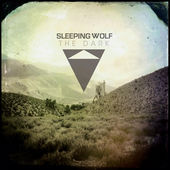 The Wreck of Our Hearts
by Sleeping Wolf

CM: This song has been one of my favorites for a while now. It’s got a feel to it like it belongs in a John Hughes film, that is if he was still alive and making films today. It just conjures up so many feelings and when Stefan is writing about not knowing if he’s going to his brother back and also hoping there is a sliver of humanity left in him, the song just hits you with the despair, but with a glimmer of hope. Then once it builds a little more and we Caroline and Stefan talking and then they kiss, it’s so cinematic and epic. The instrumentation, lyrics and vocals are just transcendent in this scene. 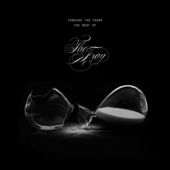 Changing Tides
by The Fray

from S8E2: Today Will Be Different

CM: This is another song that hits that epic gorgeousness feel for sure. The ebbs and flows it has through the reveal of the ring, the long proposal and their multiple kisses is just so very beautiful. It’s almost as if this song was written for this scene. 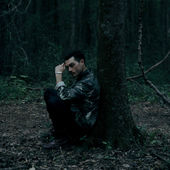 from S8E8: We Have History Together

CM: Michael Malarkey (who plays Enzo on the show) is not only a fantastic actor, he’s also a brilliant singer songwriter! Michael brought out his dark side on this song and it plays so cool for the sequence. As Damon is searching for a necklace that he threw out the window, he’s talking to a guy that’s an inmate from the penitentiary cleaning up trash on the side of the road. The lyrical content of “scars” and how they “make the man” hit on where we’re at in the show with Stefan and Damon. The vibe just fits the scene so well with it’s hint of darkness and foreboding of bad things to come. 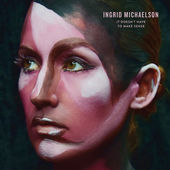 Light Me Up
by Ingrid Michaelson

from S8E9: The Simple Intimacy of the Near Touch

CM: The way this song plays is just truly gorgeous. Bonnie is happy for one of the few times she’s ever been able to be happy in the show and she’s with the man she loves so dearly. She’s able to live in the moment and this song personifies that fully! Just take a listen to the lyrics and you’ll hear what I’m talking about. The backing music is purely epic and gorgeous. 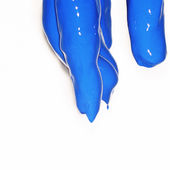 Everything Has Grown
by Colouring

from S8E10: Nostalgia’s A Bitch

CM: Damon and Bonnie have always been magical in scenes and that only grew as the years went by. This song is more subdued, but it’s introspectiveness is magnificent for Damon’s telling her what his letter said. Once the song swells just a little as Damon finishes reciting his letter and Bonnie starts to cry, it’s just so powerful. These two only wanted the very best for each other, which at times was very difficult, but in the end only brought them together even closer. This song is like a dream with regret and hope at the same time, which is truly gorgeous. 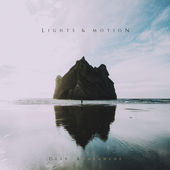 CM: If we’re ever looking for epic gorgeousness, we know we can always go see what Lights & Motion has for us to check out. We were very fortunate because Lights & Motion just released a new album and it had epic gorgeousness written all over it! Just watching these two scenes again takes me away into the powerful emotion this show tends to evoke. From the lulls of Christoffer’s music, to the builds, to the explosions and everywhere in between, his music takes the right scenes to very epic places!

AB: And that’s it – we’re at the end of season 8! It’s hard to believe it’s over. How are you feeling about the end of something that’s been such a big part of your life over the past decade?

CM: It’s sad that the show has come to an end, but looking back I know that we’ve all been so very fortunate for all the show has given to each of us. Because of the exceptionally high standards that Julie [Plec] and Kevin [Williamson] expected from the beginning, each and every person went out of their way for the entire eight years to make the very best show possible, which meant helping to tell the very best stories possible through our characters in every facet of the show. I think we’re all just so proud to have been a part of this.

AB: I think that care and attention in creating the show is exactly why TVD has such an avid following.

CM: I’ve got to send an enormous thank you, as well as so much love, to each and every person out there that constantly supported and watched the show every week for the past eight years, because we made the show for you! To all of the fans out there, The Vampire Diaries is truly forever yours! Last, but certainly not least, it all starts and ends with the brilliant duo Julie Plec and Kevin Williamson, who created this all. I thank them for having me on this journey!

AB: While this is the end of The Vampire Diaries, I know we’ll still be hearing from you on The Originals. Since fans look to you to help them discover great new music, where else can they hear your work?
CM: Well, definitely still The Originals, and we have a lot of exciting stuff ahead. I’ll be wrapping up the final season of Pretty Little Liars this June, so another era coming to an end there. I music supervised the movie Get Out, which everyone should definitely check out. I’m also working on a new show called Famous In Love, which is starting next month on Freeform. And I’m meeting about other new new shows and movies, so more fun ahead for sure!

AB: Thanks so much, Chris!

Check out Part I and Part II of our conversation with Chris.

13 Reasons Why: Music is Central to the Story