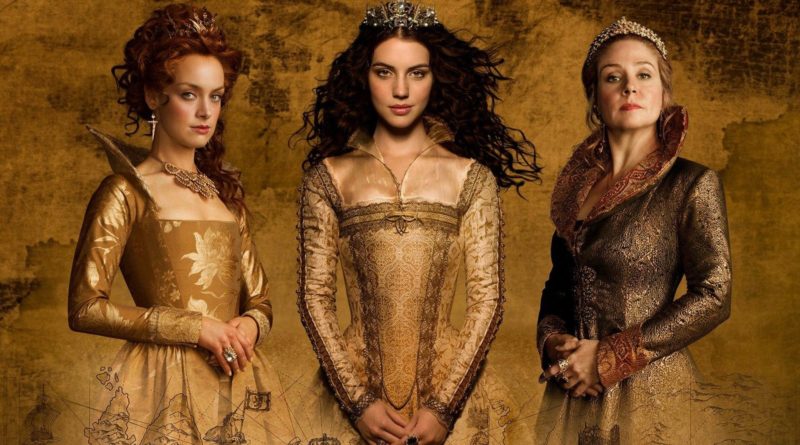 As the CW’s Reign comes to a dramatic end, music supervisor Madonna Wade Reed takes us through some of the top music moments in this exclusive interview.

For four years the CW’s Reign has taken us on a wild ride through the royal court of France, the Scottish Highlands, and England. Historical fiction inspired by the story of Mary, Queen of Scots, Reign has all the elements the CW is known for: juicy intrigue and romance, compelling characters we love (and love to hate), and amazing music. The mastermind behind the show’s soundtrack is Madonna Wade Reed, a veteran music supervisor whose credits include The Shannara Chronicles, American Crime, Smallville and more.

As the final episode airs, Tunefind looks back on the fans’ favorite music moments from the show. Madonna shares some exclusive behind-the-scenes details, highlights some of her favorite songs and artists featured on the show, and gives her thoughts on the end of this era.

We kick things off, appropriately, with the theme song of Reign: “Scotland” by The Lumineers.

Fans love this song, and how it perfectly sets the tone for all of the passion and intrigue of the series. A track off The Lumineers’ demo EP that seems to be impossible to get, fans currently have to make do with YouTube versions ripped from the show, or a rare live performance.

Madonna shares that the theme song was already in place when she was hired on to the show, after the pilot was picked up. “One of the executive producers, Brad Silberling, knew someone who worked with the band. ‘Scotland’ was a song that was maybe being worked on and ended up being perfect for the series, so it was turned into the main title song.”

The pilot also featured “Charlie Boy” by The Lumineers, which was another fan favorite song from the first season.

[Instrumental] Mary gathers stones outside the …

The Lumineers were a key early influence on the show’s sound. “We had hoped to have some original music created throughout the series by the band but their touring and recording schedule just never gave us all the time to do that,” shares Madonna. “That said, we didn’t want to lose the momentum the theme had started so we relied on using pre-existing songs from the band when it felt right throughout the series, including a Vitamin String Quartet cover of “Stubborn Love.”

The show is known for artful use of modern songs in a period drama. “I walked a very fine line trying to respect the era we were in and then matching it with modern music,” says Madonna. “There were certain genres and types of vocals that I knew would never work for the show because they would take people out of the moment. The trick was to find a song that fit what was going on on screen and in a manner that let you stay there.”

One great example of this is another fan favorite:

Mary Stuart and her ladies-in-waiting are dancing.

“In the entire history of the series, this might have been one of the hardest scenes to find a song for,” Madonna shares. “At a glance, it seemed like you just needed a song to have a bunch of people dance to. It was so much more to all of us. This song had to not only match the dancing on screen (challenging to say the least since it was not what they danced to while shooting – lesson learned!). Amidst the dancing was also the first glimpse of what would become the greatest love story in our series. The looks that are exchanged between Francis and Mary, the way Bash takes notice of Mary…This set the groundwork for everything!”

As we move into season 2, the drama increases and fans fell in love with this one:

Greer returns to her room in tears; Leith runs …

Madonna is a big fan of James Bay: “I had been trying to find a place in the series to use one of his songs. Something about his voice and the way he can hit some notes – they’re musical versions of pain. This song made everything Leith and Greer were feeling palpable.”

While James Bay is a big name, Madonna has also helped fans discover a lot of new and emerging artists, which is a role she loves. “The funny thing about me and an artist I get excited about is that I am relentless. When I fall in love with a song or an artist I will pitch it over and over again till someone says yes.”

Like this one, by Karmina, which was a fan favorite on Tunefind:

All the King's Horses

And this Woodkid track, which is another of Madonna’s favorite syncs of the series:

Henry confesses to Francis about the true cause…

Some of the other artists Madonna is excited to have featured over the years: Agnes Obel, Tom Odell, Kodaline, Glass Animals, Broods, London Grammar, Aurora.

Another discovery that resonated with fans: Ella Henderson.

from Season 3 · Episode 2 · Betrothed
Lola and Narcisse get married

“I loved this choice because I thought it let the rest of the world feel the hope and belief that Lola had to see the best in Narcisse,” recalls Madonna. “She didn’t care what anyone else thought. She believed in the two of them and all their flaws, that they were ‘beautifully unfinished’ people.”

Thoughtful covers have been a key feature on Reign. “Many of my favorite syncs are when we’ve used covers,” says Madonna. “The ones we chose to use always felt like they could have existed in Renaissance times. The first cover we ever used was ‘The Power Of Love’ performed by Gabrielle Aplin when Mary and Francis got married. It was such an ‘Aha!’ moment for all of us working on the series when we realized we were onto something and that we should try to incorporate covers a few times each season.”

The Power of Love

Mary and Francis are finally wed.

The Vitamin Strong Quartet cover of Lorde’s Royals proved to be one of the hardest deals to close. “The minute the show started airing there were fans and viewers musing about why hadn’t we used that song yet,” recalls Madonna. “Of course we knew what a perfect song it was but we wanted to wait for just the right moment. Early in the first season prep I had been told that Lorde liked the premise of our series and was open to us licensing any song from her record…except ‘Royals!'”

Julian and Lola dance at their wedding; Mary an…

“By this time the song had been licensed A LOT,” says Madonna. “But I wasn’t ready to give up on this idea I had. So I asked how she would feel if we used the Vitamin String Quartet cover of it. I had to provide a copy of their version of the song to Lorde’s people for her to hear and… she approved it!”

Another Vitamin Strong Quartet cover is one of Madonna’s favorite placements in the series:

Mary & Francis dance together; Antoine gets a m…

“I knew this scene was going to be heartbreaking. He was dying and we all knew it. Watching Francis and Mary be so stoic in their efforts to dance while falling apart inside broke all of us,” recalls Madonna. “I said to everyone that I was determined to make anyone who saw this cry. I think it worked. I even heard that people working on the show, while putting this episode together got choked up watching this. And let’s not forget how amazing this Sam Smith song is and to be able to find a classical cover by the Vitamin String Quartet to use. The stars and the moon aligned on this one.”

As we move into the final season, several songs have really resonated with viewers, starting with this one:

We Are Bound
by Meeting of Minds

“The love story between Greer and Leith was so powerful. They fought their love at times and gave into it at others,” says Madonna. “This songs reminds everyone who’s ever felt the depth of a first love and that moment you realize it can’t be or won’t be forever. You die a little inside and this song said it perfectly for both of them.”

And this one, which is another of Madonna’s favorite syncs of the show:

Mary and Darnley are married; people cheer and …

“I fell in love with this song the first time I heard it and knew I wanted to find a spot in the series for it,” recalls Madonna. “I just wanted to make sure the moment was perfect. That came when I read the scene and saw how Mary marrying Lord Darnley juxtaposed against everything that was happening around them, because of them… I knew I had my spot.”

Mary, of course, is the central character of the series. When pressed to name one song that defines Mary, Madonna says, “That’s a tough one. I might give it to the song in our second to last episode, ‘Empires’ by Ruelle (currently unreleased). It’s a pretty defining moment in our story that sums up our vision of who Queen Mary was and it really seals her fate and future.”

As she reflects on the past four years, Madonna shares that she’s sad and feeling like things are a bit unfinished. “Over the four seasons our musical character, like our characters on the screen, had grown and evolved. It took a season to get our legs and show the fans who we were. [Upon learning that season 4 was the end] I wasn’t done yet. I still had many more ideas and boundaries I wanted to push with the music.”

While Reign is coming to an end, you can still look to Madonna to help expand your musical horizons. Catch her work on these other shows, and she’s currently hard at work on season 2 of The Shannara Chronicles. “Ironically this show, very much like Reign, lets me not only put modern music to picture but in this case it’s to a time and place that doesn’t exist (at least not yet!). There are absolutely no rules about what should be heard but I tend to lean towards more electronically based songs and sounds.”

〉Explore the complete soundtrack of Reign on Tunefind

〉Explore the songs of Madonna Wade Reed’s other projects

4 thoughts on “Exclusive: Madonna Wade Reed on the Top Music Moments of Reign”