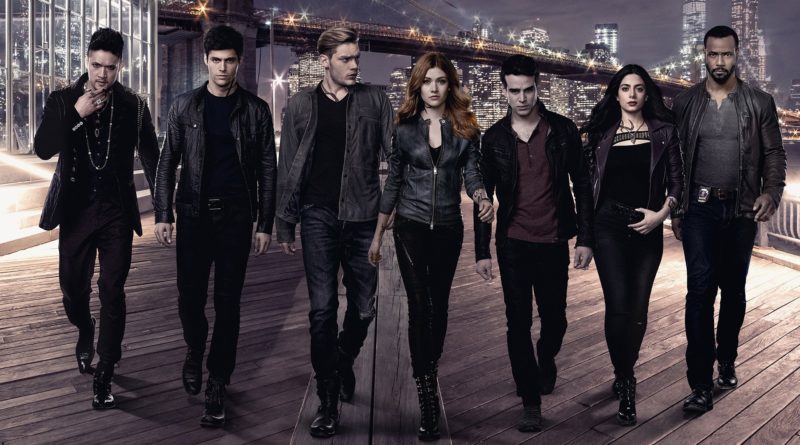 Behind the Song Music Supervisor News
July 21, 2017May 6, 2019 tunefind show-shadowhunters

Take a deep breath everyone. You can finally get “Fragile World.” Released today, the Shadowhunters: The Mortal Instruments soundtrack album (available on iTunes | Amazon | Spotify) includes several tracks recorded especially for the show. Including the insanely popular “Fragile World,” which fans have been desperate to find ever since actor Alberto Rosende (who plays Simon on the show) performed the song during a recent episode.

Shadowhunters music supervisor Lindsay Wolfington shared some exclusive behind-the-scenes on songs featured on the album. Aside from the series theme song, “This Is the Hunt” by Ruelle (always a Tunefind favorite artist), the other original songs were all co-written and produced by Sam Hollander. While you may not recognize his name, he’s behind a long list of chart-topping hits from the likes of Weezer, Train, One Direction, Fitz and the Tantrums, Good Charlotte, and many many more.

Lindsay shares more about how “Fragile World” and the other original songs came about:

“This season we wanted to do something special musically. We met with Sam Hollander before Season 2 and began to brainstorm the opportunity for him to write original songs for the show to give the fans something unique to Shadowhunters. We picked special moments like Clary and Jocelyn reuniting, Magnus and Alec’s first real date, Max’s rune ceremony, and of course original songs for Simon’s character.

“We knew Alberto [Rosende] could sing. He sings in the pilot, as his character is in a band, and the writers were planning for him to get back to these roots in 2B. The writers wanted him to perform in episode 2013, so right as 2B began shooting, we reached out to Sam. Our Executive Producers Todd [Slavkin], Darren [Swimmer] and Matt [Hastings] wanted Simon’s song to speak to his struggle, which was him being caught between two worlds (the vampire and human world) and being an outsider (a Downworlder and a Daylighter). We also knew that production-wise, we wanted it to be a song that Simon could create alone, with just keyboard and loops, which you see in his performance at Hunter’s Moon.”

“Sam sent us ‘Fragile World,’ and for me, I knew instantly that this was the one. It felt perfect lyrically for Simon and had a really catchy hook. We loved the production on it as well – felt very current.
“’Royal Blue’ is another song that Sam wrote for the show in light of the Downworlder tragedy at the end of episode 2010 and its aftermath – what do Downworlders and Shadowhunters do now? How do they recover? We had a scene where Simon was noodling with a new song, and the producers said ‘Let’s have him play Royal Blue!’ The lyrics mirrored Simon’s emotional state after breaking up with Clary, so it was a natural fit. In the episode, we only hear a bit of the song as a work-in-progress, but we were glad to finish the track for soundtrack release so fans can hear the full song. It’s a little more experimental than the others, but that felt appropriate to Simon as a musician coming into his own.
“We had fun working with Sam creating these songs and hope you enjoy them!”

〉Check out Tunefind for the full list of Shadowhunters songs, listed by episode.