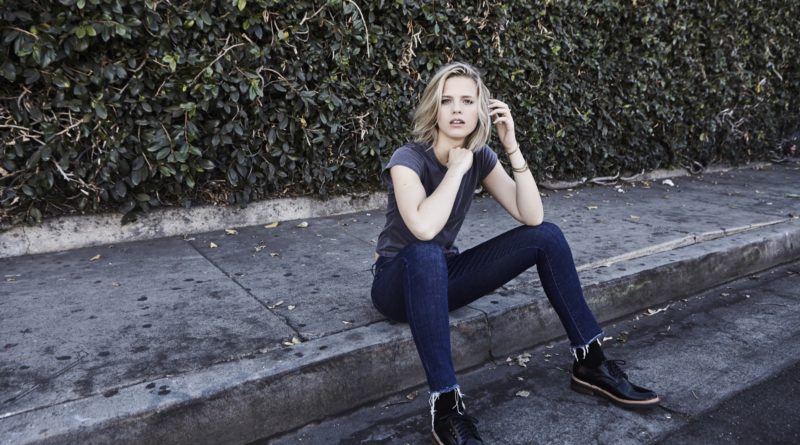 Want to know the talented singer-songwriters to watch? Grey’s Anatomy is a great place to start. Last night’s episode featured one of them: Molly Kate Kestner. Her song “Footprints” jumped straight to the #3 spot on Tunefind’s Trending Music chart.

Richard eases Amelia's mind with the news that …

Kestner first caught the world’s attention in 2014 while still in high school, when a home video of her original song “His Daughter” went viral on YouTube, reaching over 7 million views in just a few weeks. To date, the song has reached 15.7 million views on YouTube, over 10 million streams and sold more than 126k singles in the US alone.

Kestner’s song “Footprints” is dedicated to her little brother, Nathan, and about their relationship and her hopes for him as he grows up. The lyrics and message of  “Footprints” tie in closely with the scene in Grey’s, as Richard helps Amelia come to terms with her feelings about following in Derek’s footsteps.

Kestner also released a companion video to the song, featuring old family videos and recent footage of Kestner returning to her hometown of Austin, MN.

“Whether we realize it or not, every one of us has someone in our lives who is watching–watching us make mistakes, make decisions, and take risks. They will learn from our lives, and hopefully be inspired by it,” said Kestner about the song. “This song is for my little brother. My hope for him is that he follows my footprints where I’ve been brave, and also that he paves his own path that goes places I’ve never been.”

Grey’s Anatomy Executive Producer Shonda Rhimes and music supervisor Alexandra Patsavas have a long tradition of showcasing talented singer-songwriters on the show. They’ve featured artists like Anna Nalick, Matt Kearney, Ingrid Michaelson, Mikky Ekko, and Aron Wright early in their careers. They even focused most of season 10 on a series of inspired ‘80s covers by singer-songwriters.

We had a chance to catch up with Kestner to learn more about how she got to where she is today, what inspires her and what’s in store for the future.  Here are a few highlights: 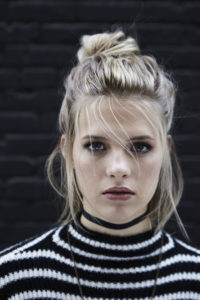 How did you connect with this opportunity to have your song on Grey’s Anatomy?

I got this opportunity because my amazing label (Atlantic Records) submitted me for it! So I owe them big time for this one. When I found out I was happy dancing around my living room. I love Grey’s Anatomy and I’ve always loved the music they use!

You’ve had a couple of other syncs previously. What kind of reaction did you see from fans of those shows discovering your music?

Everyone’s response has been so great and supportive! People will message me saying they freaked out when they heard it come on TV, and it’s just the coolest when others say they’ve discovered my music through a show they love. Can’t wait to hear what people think of the Grey’s sync.

What are a couple of professional highlights since your video “His Daughter” went viral?

I’ve gotten to share the stage with incredible acts like Parachute, Jason Mraz, and Cyndi Lauper, and I’ve been able to write music for different artists. I actually wrote one of the most recent songs Kelly Clarkson put out off her upcoming record!

What has been the most challenging aspect as your career has started to take off?

Staying healthy… not only physically but mentally. When your schedule becomes extremely busy and crazy it’s hard to always know your limitations and when to slow down. I’m learning how to balance that.

Any advice or lessons learned for up-and-coming artists who are hoping to follow in your footprints?

Put yourself out there! I had no connection to the music industry… but one 5 minute video that I shot on my cracked iPhone changed my life. It is scary putting your music on display for the world to judge… but remember, it’s not for the ones who will criticize. It’s for the ones who need it. You never know the impact you could have on someone.

“Footprints” is inspired by your relationship with your younger brother. How is he responding to being in the spotlight all of a sudden?

I’m pretty sure he’s loving it. But in all seriousness, he’s a grounded kid, and a little attention isn’t going to get to his head. I love that about him.

How did growing up in a small town–Austin, MN, the town featured in the “Footprints” video–influence you and your music?

You know, it’s not so much the town itself that has influenced my music, but the people in it and their stories. The places in town only have value because of the memories I shared there with people who I love and those people have helped make me who I am today.

What’s up next for you?

I’m going on tour with Phoebe Ryan at the end of this month! It’s my first bus tour so I’m really excited for that. I’m also playing at the Emerge Conference in Las Vegas right after the tour.

Thank you, Molly for taking the time to chat with us.  We’re sure we’ll be hearing more from you!

〉Read our tips for making the most of your sync