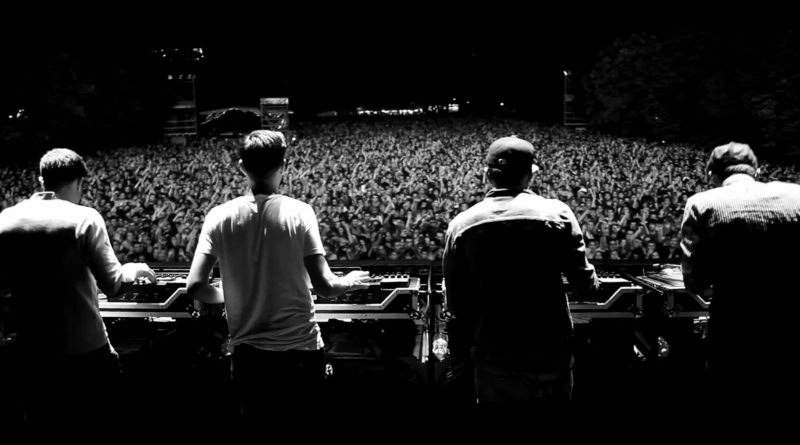 Silicon Valley is back with a bang for season 5, and delivers our top TV song last week:

Jian-Yang kicks the guys out of the incubator; …

Another punchy ends credits song to close out the show, this one is a bluesy earworm that was suggested by Silicon Valley  creator Mike Judge. Almost as eagerly anticipated as the new episode each week, Silicon Valley’s end credits song selections have a cult following all their own. Judge works closely with Music Supervisors Jason Alexander and Rudy Chung on the show’s acclaimed soundtrack, including all the end credits moments. Four French DJs who met as teens in high school, C2C are now some 20 years into their collaboration. Inspired by early turntablists DJ Qbert and DJ Shadow, each each member of C2C mans a turntable to create their unique blend of electro hip hop.

If they sound familiar, it probably because you’ve heard them before. Their songs have been featured elsewhere in shows like The 100, Grey’s Anatomy, Made In Chelsea, So You Think You Can Dance, and several times in Top Gear, as well as advertising campaigns.

〉Listen now: Down the Road by C2C

One thought on “Top TV Song Last Week: Down the Road by C2C”