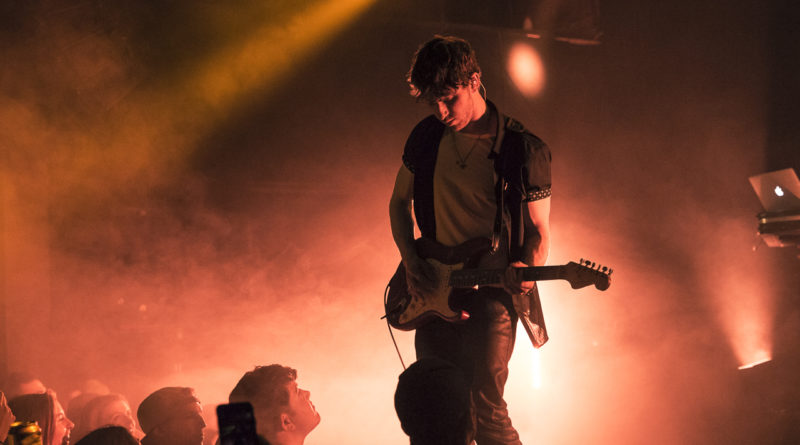 from Atypical Soundtrack · Season 2 · Episode 8 · Living at an Angle

When Elsa gets into the shower with Doug; closi…

This bluesy, sultry song plays at the end of the episode, and continues through the end credits. In the steamy scene, Elsa attempts to repair her relationship with Doug. Still trying to reconnect after her betrayal last season, Elsa slips into the shower with Doug as a clean edit of the song plays.

Two Feet is Zachary William ‘Bill’ Dess, a singer, songwriter, and producer who was previously producing electronic music for other artists. Frustrated by creating for others, he decided to strike out on his own with a solo project, under the name Two Feet.

Dess told Anchr Magazine, “I just kind of made my own project. [I] didn’t really think too much about it and just uploaded it online. Ten months later I’m doing this now. It’s kinda crazy what the internet can do. If you make something that strikes a nerve.”

A multi-instrumentalist, Dess writes, plays, sings and produces all his own music in his New York studio.

“Before Two Feet I was producing a kind of electronic music, but I was listening to a lot of blues music, which I’ve always loved. I found myself focusing on learning how to play blues guitar,” says Dess. “So, when I decided to start a new project, all the influences came together.”

Atypical has had the binge-watchers out in force over the past week, landing several songs on Tunefind’s charts. No surprise here, since the debut season nabbed three spots on the August 2017 THR | Billboard Top TV Music Chart.