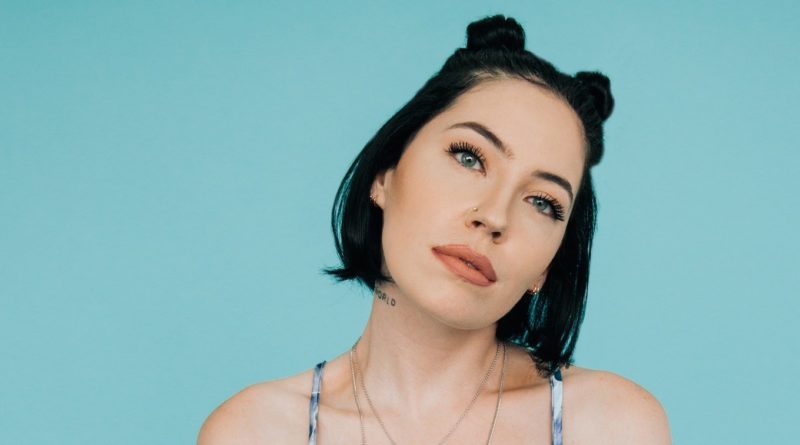 After taking top song with the Season 15 premiere last week, Grey’s Anatomy has done it again.

This track starts towards the end of last week’s episode when Amelia finds Maggie in the lounge, being hard on herself for her misplaced anger throughout the day. The song intensifies with Briggs’ raw lyrics and vocal power as we change scenes to a pensive Richard Webber watching a recovering teacher reunite with his injured students.

When describing ‘Hi-Lo (Hollow)’ to Consequence of Sound, Bishop Briggs said, “Ultimately if someone in your life doesn’t care about your feelings and doesn’t act in a selfless way, it will leave you feeling hollow. That’s what this song is about.”

Sarah Grace McLaughlin was born in London to Scottish parents from Bishopbriggs, Scotland – the inspiration behind her professional name. Briggs moved to Tokyo with her family at age 4 and sang in public for the first time at a karaoke bar. Her family did a long stint in Hong Kong, as well, before Briggs landed in LA to attend the Musicians Institute.

She recently told Billboard how this international childhood influenced her as an artist, “I think it always has to do with what’s being played in your living room. And I was really lucky that in my living room, it was a lot of Motown music, Aretha Franklin, Otis Redding, Etta James, Janis Joplin. It all happened to be in the backdrop of Tokyo Tower… And then the accessibility to karaoke bars. It’s literally Lost in Translation every weekend. [Laughs.] It gave me the bug of wanting to perform, seeing how much joy it brought others to hear music.”

By age 7, she was writing her own songs and performing for her family, but a career in music was inevitable. Briggs started getting attention in July 2015 when her first single ‘Wild Horses’ appeared in an Acura commercial. Her popularity skyrocketed in January 2016 when she released her hit single ‘River,’ which reached number 1 on Spotify’s US Viral 50. By 2017, she had a sold out headlining tour and was opening for Coldplay, Kaleo, and more.