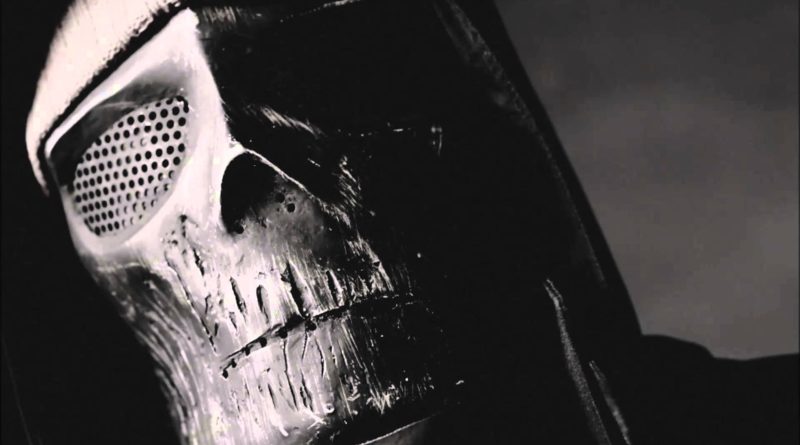 In the final scene of the season, we see Spencer sitting at a bar with a tv overhead playing sports news. He shares a secret gesture with Quincy – who has appeared on screen in the news coverage – and drops a reference to The Sting as the scene closes and credits roll.

Lyrics kick in, with the hook being sung by Aruba Jasmine, but the show is not over yet. The song fades into the background for a mid-credits scene with Joe and Lance. ‘Pat Earrings’ continues through their talk and then through the rest of the credits.

CASisDEAD is the alter ego of the elusive London rapper and producer formerly known as Castro Saint, Castro, and Cas. Wearing multiple masks–literally–and figuratively riding a variety of soundscapes from hard-hitting hip-hop to synthpop, CASisDead channels the 80s vibe with ‘Pat Earrings.”

Posted to Twitter on Christmas Day 2017, the video for ‘Pat Earrings’ echoes the lyrics of the song, which appears to be about the rapper falling for a prostitute, played by by radio and television presenter Yinka Bokinni. The name ‘Pat Earrings’ is a reference to the large, dangly earrings worn by Pat Butcher, a character in the popular UK soap opera EastEnders (seen in the album art for the song, above).

CASisDEAD started rapping in 2005 as Castro Saint, using that name until 2007. CAS then took a break from music until 2015, reappearing as CASisDEAD but appearing in a mask for all public appearances or videos to cultivate his mysterious persona. The secretive rapper and producer has since released a mixtape and several collab-crossover one-offs, plus headlining singles ‘The Grid’ and ‘Pat Earrings.’