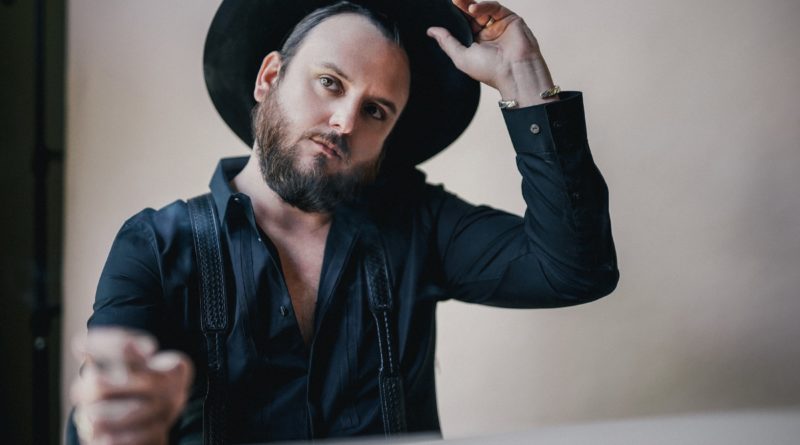 The Starz fantasy drama American Gods returned for a second season on March 10 and takes Top TV song last week with a soulful track by Paul Cauthen that closed out the episode.

Everybody Walkin' This Land

The second season of American Gods picks up shortly after the previous season conclusion. Mr. Wednesday is attacking Mr. World and officially starting a war between the old and new gods. At the end of the premiere episode, Mr. World sends an assassin after Mr. Wednesday’s meeting at the House on the Rock, a mountain top building with an underground theme park. The shoot-out includes some hypnotic and graphic slow-motion gore accompanied by the preaching vocals and stomp-clap rhythm of the song.

‘Everybody Walkin’ This Land’ is a song that thunders like a sermon. With a sound similar to the half-spoken drawl of Johnny Cash, Paul Cauthen rattles off a list of all the things that divide humanity. Cauthen insists that the divisions are nothing compared to all that humanity shares.

“That song just means everything to me,” Cauthen explains on his website. “[Producer Beau Bedford] and I wrote it like two maniacs drinking coffee and pulling out our hair around a Steinway piano, laughing about doing the Lord’s work.”

Paul Cauthen shared his excitement about the feature on the season premiere via twitter stating, “Who caught ‘Everybody Walkin’ This Land’ on STARZ’s American Gods this past Sunday? It’s pretty surreal hearing my song on a tv show. Thanks for all love and support ⚡⚡⚡”

Cauthen began his music career as a member of the duo Beck & Cauthen in 2010. Singer songwriter David Beck and Paul Cauthen later changed their name to Sons of Fathers, an indie-Americana group known for their harmonies. Cauthen quit the band in 2014 and slowly started a solo career.

A native of East Texas, Cauthen moved to Dallas to work on his debut album My Gospel. Still linked to the Americana world, Cauthen got situated as a soulful country rebel when he released his debut in 2016 on Lightning Rod Records.

Religious imagery is a key theme in Cauthen’s music, including his latest EP Have Mercy, a seven track collection released in the summer of 2018. The only grandson of a fourth-generation preacher from the Church of Christ, as a young boy he attended services three times a week in East Texas.

“I’m a singer not a preacher, but these songs are my sermon,” says Cauthen. “We’re ripping each other apart out there, and forgiveness and mercy are what’s going to get us through. I want to use my voice the best I can to spread that message while I’m here on this Earth.”

〉Listen now: Everybody Walkin’ This Land by Paul Cauthen

〉Full list of songs featured in the American Gods soundtrack