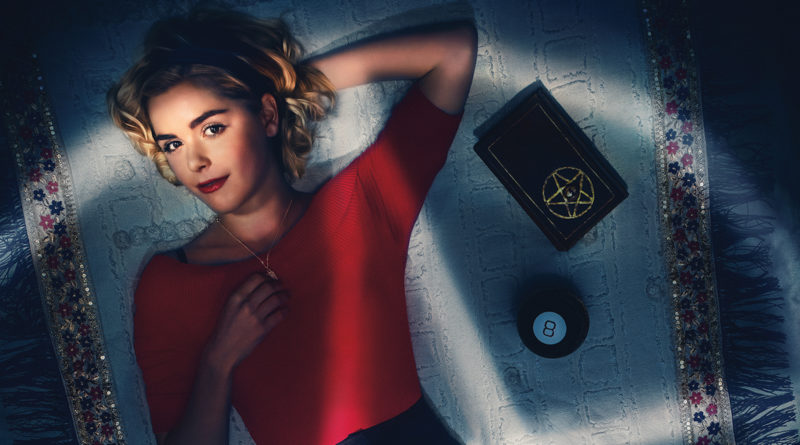 The Chilling Adventures of Sabrina wouldn’t be quite as chilling without the stellar soundtrack. The music truly sets the tone for this dark reimagining of the classic teen witch tale, which recently debuted Part Two of the series with nine new episodes. Blending nostalgia with fresh voices – including cast performances – the music channels the vibe of the original 60’s comic, updated for a modern audience.

“Like the show itself, the songs of Chilling Adventures of Sabrina are current, vintage, cutting edge and familiar (with a twist), and these elements create the musical character for the show,” explains Alexandra Patsavas, who assembled the music in the show and produced the soundtrack.

After a buzzy debut last year, viewers binge-watched CAOS all Halloween weekend, hitting Tunefind to identify the songs they heard. All that activity nabbed Valerie Broussard’s ‘A Little Wicked’ a spot on the November 2018 Top TV Music Chart (THR / Billboard) and fans have been anxiously awaiting the release of the official soundtrack album on April 5th.

Including those cast performances as well as the series main titles by composer Adam Taylor, the soundtrack also features classic tracks from Creedence Clearwater Revival, Sylvia Black, and Stray Cats. Those are complemented by Broussard’s hit plus songs from Peter Matthew Bauer, Beck Pete and AG. Released on Watertower Records, you can get the album now on Amazon | Apple Music | iTunes | Spotify.

As always, Tunefind is listing all of the songs from Chilling Adventures of Sabrina, Part Two, broken out by episode with scene descriptions and links to get the song via your favorite music service.

While fans are still making their way through the new episodes, we’ve taken an early peek at the most popular tracks on Tunefind and listed them below. We also pulled together a list of the top songs from Part I of the series, for a little refresher on the top music moments from the earlier episodes, including the special “A Midwinter’s Tale.”

Popular Songs (So Far) from Chilling Adventures of Sabrina, Part 2

Roz and Harvey talk about Susie going by Theo. …

Sabrina picks out her outfit for the day.

Sabrina and the Weird Sisters deal with jocks i…

Ros and Susie comfort Harvey about Sabrina, but…

Sabrina and Harvey arrive at the Halloween party.

If I Had a Heart

Sabrina and Harvey go to pick apples as Sabrina…

Sabrina, Rosalind, and Susie search for the boo…

Blood in the Cut

Let Me Live / Let Me Die

Harvey listens to the song while drawing in the…

The Baxter jocks hang out.