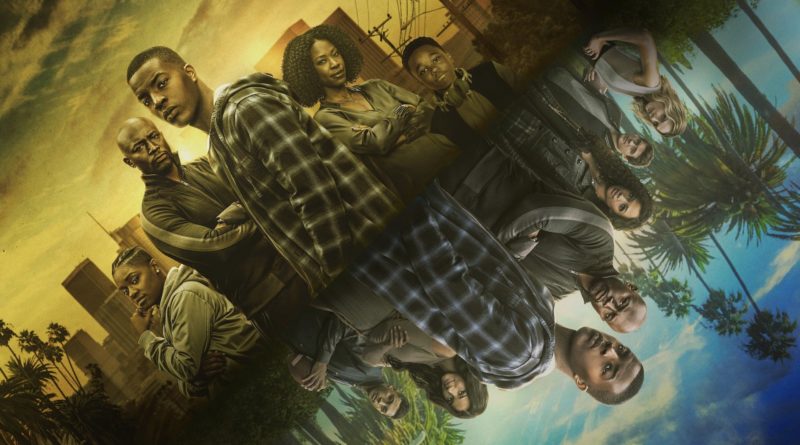 Inspired by professional football player Spencer Paysinger, All American features a high school football phenom from South Los Angeles who has the chance to transfer and play for the team in wealthy Beverly Hills. Think a sort of Friday Night Lights meets Beverly Hills, 90210 vibe.

The killer soundtrack enhances the drama and has led fans to want more. A strong fanbase grew throughout the season as the show aired on the CW, but Tunefind saw huge spike in traffic when season 1 hit Netflix back in March. A month later, the CW renewed the series for season 2.

What were some of the themes or ideas you and the showrunners decided to explore in crafting the sound of the show?

We worked really hard to be authentic to the environments and the different relationships on screen. We wanted to be truthful in our portrayal of the various relationships in the show. For example, there is a distinct sound and vibe that goes with the friendship between Spencer and Coop. There is specific sound when we’re in Beverly Hills, etc.

Were there particular artists/songs that proved crucial?

When we get the recipe right and match the perfect song with an important moment in an episode, it elevates and spotlights the importance of what’s happening in the story.

These songs, for me, did just that – ‘Say’ by Ruel, ‘Cold War’ by Cautious Clay, and ‘Mama’s Hands’ Queen Naija.

Grace tells Spencer the truth about why Cory le…

from All American Soundtrack · Season 1 · Episode 3 · i

Layla and Olivia meet at the lookout point; Coo…

Leila lets Asher into her house, The family pre…

Were there particular scenes that helped establish the sound for the show, or certain characters?

I’ve said it before and I’ll say it again – Nipsey Hussle. The scene in the pilot, of Spencer walking through Crenshaw, with ‘Grindin All My Life’ playing absolutely set the bar. Nipsey was such a musical inspiration for us straight out of the gates. His music represents not only where Spencer is from but also his determination to succeed and beat the odds. All of our hearts have been so heavy since his passing. We’ve lost our muse. Rest In Power Nipsey Hussle – The Marathon Continues.

Grinding All My Life

In EP 109 we used the Leon Bridges song ‘River’ twice but in different ways. First we had our character Patience sing the song on-camera at a memorial service and then at the end of the episode we used Leon’s own version in a graveyard scene. When we shot the memorial scene something magical happened. After Chelsea Tavares (Patience) finished her first take singing the song, I looked around the church set and saw crew members crying, there were extras crying and you could have heard a pin drop. That’s when I knew we’d done something special and chosen the right song for the moment.

What was the biggest challenge creatively for you this season?

It’s actually not that challenging. The footprint created by the pilot really helped dictate and steer a lot of our musical choices. That said, we never hesitate to color outside the lines as well.

What song almost didn’t make it in? What was the toughest deal to make happen?

‘Slide’ by Calvin Harris featuring Frank Ocean and Migos. It came down to the wire on that one. At one point, Frank Ocean’s lawyer told me I should probably look for an alt. I hung up the phone and almost started to cry. An hour later he called me back and said Frank approved the use. I respectfully won’t say who was the toughest deal I did. My hope is that the artist and their team get it together and figure out how to navigate the world of licensing. It’s too early in this person’s career to get themselves and their team dubbed as “difficult.”

Spencer arrives at Olivia's for the welcome bac…

Anything didn’t make it in, but you wish it had?

The song ‘Fate’ by H.E.R. I’d been trying to use something by this artist all season. I finally placed this song and it came to light that it’s pretty unclearable at the moment due to splits and a sample. I was so bummed as it’s such a unique song, worked beautifully under the scene. It was a huge challenge to replace it.

What song/artist have you had on repeat lately?

Mahalia!!! I’m obsessed with her song ‘I Wish I Missed My Ex.’

‘Bad Bad News’ by Leon Bridges. I hate when people try and keep each other down so I always use this song as my own personal pick me up/”f**k you for not believing on me” anthem. My mantra is the lyric “they tell me I was born to lose but I made a good good thing out of bad bad news.” One listen of this song can turn my day around and reset my mood.

What’s your favorite TV show (other than your projects)?

Hmmm. I love Ozark, The Good Doctor and any British murder mystery series.

〉Full list of songs featured in the All American soundtrack