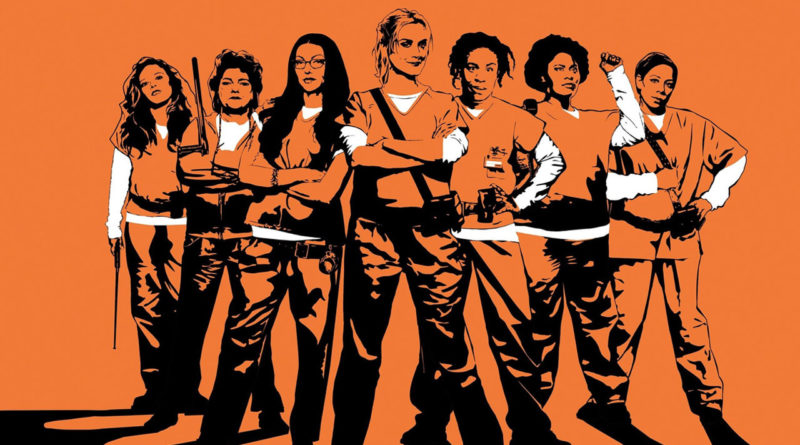 Netflix original series Orange Is the New Black returned for its seventh and final season today. Celebrated for raw female-focused storytelling that tackled tough subjects with heart, a stellar ensemble cast, and a kickass soundtrack, the show also paved the way for the streaming era we know and love today.

Though technically the second Netflix original series–the first being House of Cards–OITNB was the first series that truly prompted soundtrack binging as well. Bookended by the catchy theme song (penned specifically for the show by Regina Spektor) and an always punchy end credits song, each episode of OITNB sent a surge of fans straight to Tunefind’s OITNB soundtrack list to track down the details. The result: Tunefind charts would be dominated by OITNB tracks each weekend a new season dropped on Netflix.

Overseen by music supervisor Bruce Gilbert (GLOW, Transparent, Weeds) of Icing Music, the OITNB soundtrack swings through a variety of genres and eras, weaving together flashback moments that share the backstories of the characters with the present-day drama unfolding in Litchfield Penitentiary.

In 2014 OITNB released an album of licensed music featured on season 1, followed by a CD of music placements from seasons 2 and 3 in 2015. Also released that year was a score album by show composers Gwendolyn Sanford, Brandon Jay, and Scott Doherty.

In honor of this final season, Regina Spektor has released an all new chamber version of the iconic theme song.

An adaptation of Piper Kerman’s 2010 memoir, show creator Jenji Kohan kicked off Orange Is the New Black by focusing on the fictionalized character of Piper Chapman (Taylor Schilling), a privileged white woman serving prison time for a drug offense.

This finale season focuses on Piper’s struggles to adapt to life after Litchfield, while the inmates adapt to a new warden, and say some tearful farewells. As always, Tunefind is tracking all of the music featured in Orange Is the New Black season 7.

As you get ready to say goodbye, take a look back at the fan favorite songs from the series.

Fan Favorite Songs from Orange Is the New Black

One thought on “OITNB Marks the End of an Era, Fan Favorite Songs”