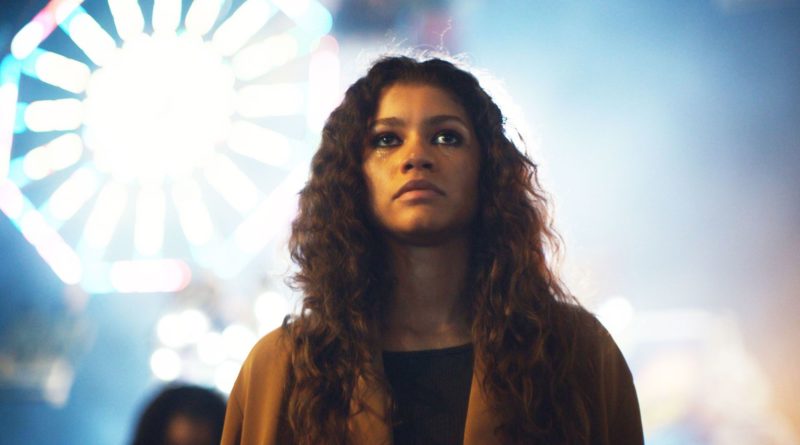 Looking for the songs featured in season 2 of Euphoria? Tunefind has complete official song lists for each episode.

One of the buzziest shows of the summer, HBO’s Euphoria had everyone talking. While plenty of chatter focused on the dynamic cast led by Zendaya and the explicit storylines, it was the soundtrack that had fans obsessing.

Music supervisor Jen Malone (Atlanta, Creed II, The Resident) and composer Labrinth are the people to thank for all those great tunes. Malone had her work cut out for her. The music-heavy series featured more than 100 licensed songs over the 8-episode season. Like her other projects, Malone made Euphoria a hot spot for music discovery by featuring tracks from emerging artists like Kelsey Lu (Tunefind top TV song from August 4th), Dodgr (Tunefind Top TV song from July 28th), and Megan Thee Stallion.

Malone told Variety that she gets excited about lesser known artists getting exposure on Euphoria, “It’s kind of like when I was a publicist: I got to wake up every day and talk about my favorite bands and introduce them to people. Now I’m picking out songs that I think are f—ing dope and I get other people to start listening, too.”

The show has dominated the last two monthly TV Music Charts published by The Hollywood Reporter and Billboard. Occupying six spots on Billboard’s July Top TV Songs chart, J.I.D’s ‘151 Rum’ took No. 2 with 1,000 downloads and 4.8 million streams after being featured in Euphoria. Other nods went to ‘In My Dreams’ by Anonhi, ‘Smalltown Boy’ by Bronski Beat and ‘Work’ by Charlotte Day Wilson (Tunefind top TV song from July 7th). On Billboard’s June Top TV Music chart, spot No. 6 was held by ‘I Know There’s Gonna Be (Good Times)’ by Jamie XX feat. Young Thug & Popcaan, which was featured in Euphoria’s pilot episode.

Meanwhile, UK producer Labrinth made his composing debut on Euphoria. Considered an “artist’s artist,” Labrinth has collaborated with Kygo, Nicki Minaj, Noah Cyrus and a long list of other notable names with styles ranging from electronica to hip-hop and R&B. Labrinth produces with Sia and Diplo for their supergroup LSD (their three initials). He co-produced the song ‘Spirit’ with Beyonce for The Lion King: The Gift album, while also providing background vocals for the track.

Show creator Sam Levinson found Labrinth’s music and asked him to consider taking on his first composing gig with Euphoria. The show even featured a few of Labrinth’s pre-existing tracks, including ‘Mount Everest’ (Tunefind’s top TV song from June 30th) and the finale’s special version of ‘All For Us’ with Zendaya.

In an interview with Billboard, Labrinth described working with Zendaya on the ‘All For Us Remix’ (Tunefind’s top TV song from August 11th) as, “pretty surreal.” He recalls originally working on this track for his album and, “to see it evolve into something that became part of the Euphoria experience, and then of course visually seeing my record on an HBO show was mind-blowing. It was definitely a moment in my career.”

But it was Labrinth’s new, original music written for Euphoria that had fans scouring the internet for info. They were surprised to learn the music was original score – since it featured vocals, which is a bit unusual – and also unreleased, so nowhere to be found on the standard streaming platforms like Spotify and Apple Music. [UPDATE: The Euphoria score album was released on October 4th]. Tunefind saw unprecedented Q&A activity on Euphoria episodes, as fans tried to hunt down Labrinth’s mysterious Euphoria tracks.

In July, Labrinth’s ‘Mount Everest’ landed at No. 3 on the Billboard Top TV Songs Chart with 2,000 downloads, 2 million streams, after holding spot No. 5 on the June chart. An unreleased track called ‘When I R.I.P.’ from episode 7, “The Trials and Tribulations of Trying to Pee While Depressed,” was listed at No. 7. Stay tuned for the August chart (published mid-September), where we expect the ‘All For Us Remix’ to make an appearance.

The internet has been speculating wildly about track names and rumored release dates for those impossible-to-find Labrinth tracks. Tunefind has been able to confirm the names of the most sought after tracks from Labrinth’s score, and updated those listings on Tunefind’s Euphoria song lists. UPDATE: Now that the album has been released, links to stream or purchase the songs on your favorite music services are now available, and we’re filling in the details for the additional score tracks on Tunefind’s Euphoria song lists.

Word on the street is that a soundtrack is coming, but details are still being finalized. [UPDATE: The Euphoria score album was released on October 4th] We’ll be sure to update the Q&A on Tunefind (and this article!) as that info becomes available. In the meantime, fans will have to console themselves with some short clips on the official Euphoria channel and a few misnamed stream rips on YouTube.

As always, Tunefind is tracking all the songs from Euphoria. Enjoy the fan favorite tracks from season 1 of Euphoria below.

Can't Get Used to Losing You

Rue flashes back to her childhood.

Rue does a bump then heads into the party; Nate…

from Euphoria Soundtrack · Season 1 · Episode 2 · Stuntin' Like My Daddy

Rue leaves Jules' house and takes the pill that…

Opening scenes, Jules' past in the hospital/hea…

Fezco selling drug with a van in the carnival

Kat gets out of Luke's car; Rue, Jules and Lexi…

Montage of Maddy and Nate in hotel room every f…

Troy talks to Gia as Rue and Lexi watch from th…

Montage at the party.

by The Last Artful & Dodgr

I'm Not In Love

Jules is high and dances then kisses her friend…

〉Top TV Song Last Week: All For Us by Labrinth and Zendaya

2 thoughts on “Fan Favorites: Most Popular Songs from Euphoria, season 1”