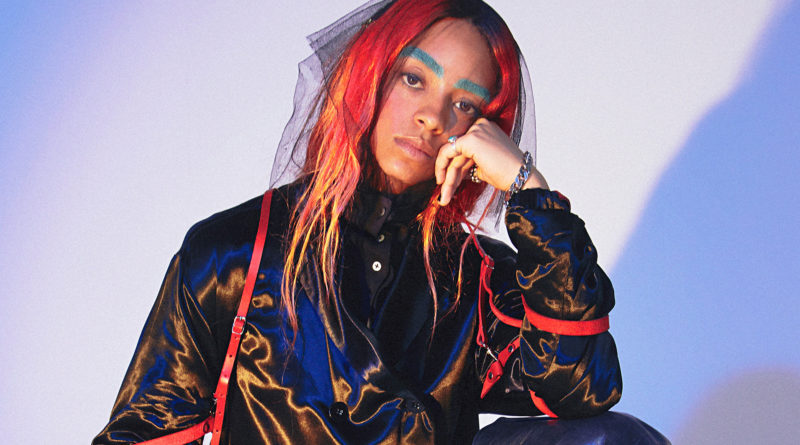 I'm Not In Love

Jules is high and dances then kisses her friend…

Euphoria music supervisor Jen Malone confirmed the decision to use Lu’s cover, and not the original by 70’s English rockers 10cc, was a deliberate choice by showrunner Sam Levinson. Malone told Complex “Sam is a big fan of Kelsey Lu. So this song was just great. We wanted Kelsey Lu’s version.”

A classically trained cellist, singer songwriter and producer, Lu’s airy vocals give a dreamy intensity to her version of ‘I’m Not In Love.’ She deliberately maintained the male identifiers for her version, elaborating to Billboard, “I love taking a song written by a man having to do with love, and sexuality, and switching the perspective.” Lu expanded the original with layering loops to make her cover version nearly twice as long, and the fans are here for it.

The 28-year-old, Charlotte, North Carolina native grew up surrounded by art and music. Her mother was a pianist, her father a percussionist and her older sister was a violinist. Lu shared with Billboard, “Music was always my source. Going into music can be in search of healing… it’s about finding something.” Lu began studying classical composition at 6 years old and by the time she was 18, she received a full scholarship to the North Carolina School of the Arts and obtained her degree in Music.

During college, Lu played cello during a Nappy Roots concert and then performed on their album. The experience led Lu to meet Andre 3000 of Outkast and moving to New York City. Lu has contributed vocals and/or cello for many artists since, including Lady Gaga and Solange.

Lu made her label debut in 2016 with her first EP Church, which was recorded live in a church in Greenpoint, Brooklyn and produced by Chairlift’s Patrick Wimberly under True Panther Sounds. In 2018, Lu released two singles, ‘Shades of Blue’ and ‘Due West’ with Columbia Records. In the same year, she collaborated with Sampha to cover ‘River’ by Joni Mitchell, relocated to Los Angeles, and appeared on an LP by Florence + the Machine.

Lu released her first full length album entitled Blood in April 2019, which features collaborations with Skrillex and Jamie xx. Jamie xx was also featured on Euphoria’s pilot episode with Young Thug and Popcaan; Skrillex has been featured on episode 2 with What So Not and KLP. Lu is currently working on a full length LP to be released later this year.

〉Listen now: I’m Not In Love by Kelsey Lu