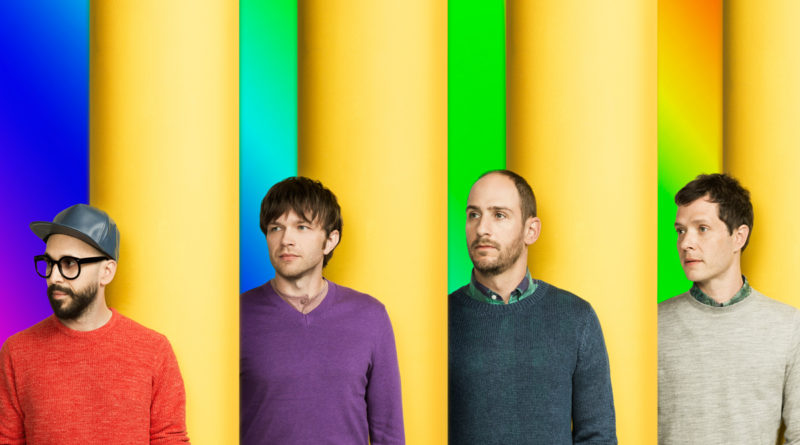 Leading up to the two-part series finale, the most recent episode of Mr. Robot featured the most popular song on Tunefind last week.

Turn up the Radio

Elliot looks through his records and puts one o…

At the end of the episode, Elliot looks through his records and puts one on. Later, the song repeats as Elliot asks the cab driver to turn the radio up.

‘Turn up the Radio’ was released by the American rock band on their own label, Paracadute in 2014. The song was part of their fourth studio album, Hungry Ghosts. The album lyrically focused on the pros and cons of relationships and had a more electronic sound compared to previous albums. Singles from Hungry Ghosts were released with conceptual music videos that received millions of views within days and weeks.

OK Go formed in 1998, with various members having met at age 11 at an arts camp or in high school. OK Go is well known for the song ‘Here It Goes Again’ from their 2005 album Oh No. The ‘Here It Goes Again’ music video – featuring a meticulously executed dance routine involving synchronized moves on treadmills – won a Grammy Award for Best Music Video in 2007. This track was a huge hit and saw placements on Grey’s Anatomy, Scrubs, Gossip Girl and many others. It can also be heard in the video games Guitar Hero 5 and Rock Band. The band’s other videos have been similarly inventive – an enormous Rube Goldberg device for one version of the video for ‘This Too Shall Pass,’ plus a second version with a marching band, synchronized printers for “Obsession,’ zero gravity for “Upside Down & Inside Out,’ and more.

The Chicago band now resides in L.A. and across their career has toured with They Might Be Giants, Death Cab for Cutie, Panic! At the Disco and Snow Patrol. OK Go was featured on The Twilight Saga: New Moon soundtrack album with their song ‘Shooting the Moon.’

〉Listen now: Turn up the Radio by OK Go

〉Full list of songs featured in the Mr. Robot soundtrack