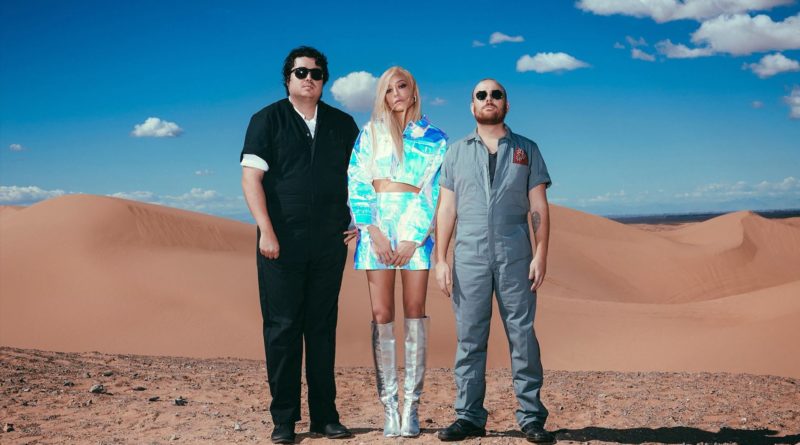 Netflix hit show Never Have I Ever features music that will make you feel like a 16 year-old once again, in the best way possible. Taking top song last week is indie-electro band Cannons. Never Have I Ever follows the complicated life of a first-generation Indian-American teenager.

Paxton drives Devi home in his Jeep and he kiss…

Inspired by the childhood of creator and executive producer Mindy Kaling, Never Have I Ever follows the complicated life of a first-generation Indian-American teenager. Near the end of the eighth episode, Paxton (played by Darren Barnet) drives Devi (played by Maitreyi Ramakrishnan) home and they share a big moment in his Jeep. ‘Fire For You’ is just one of the many songs that will now remind us of our new TV crush, Paxton Hall-Yoshida.

Cannons consists of lead singer Michelle Joy, lead guitarist Ryan Clapham, and Paul Davis on drums and keys. Cannons formed in 2013 in Los Angeles and defined a unique sound identified as “nu disco” and “future boogie.” Cannons will keep you dancing with a meld of 70’s R&B/soul, 80’s synth and current electronic production.

Ryan Clapham and Paul David were childhood friends, growing up on the same street in L.A. They met Michelle Joy and were impressed with her effortless vocals and ability to blend with Davis’ layered productions and Clapham’s signature chord progressions.

Cannons has released numerous EPs and singles, including last week’s most popular song. The band released their first full-length album Night Drive in 2017, followed by Shadows in 2019. ‘Fire For You’ was released as a single in April 2019 through Antifragile Music.

Cannons has had songs featured in HBO’s Ballers, Fox’s BH90210 reboot, Syfy’s The Magicians and many more. The band shared their excitement for the Never Have I Ever placement on their Cannonstheband Instagram account,

“The new @mindykaling @Netflix show @neverhaveiever premiered yesterday and could not have used our song Fire For You more perfectly!! Check this show out if you haven’t already. Special thanks to @netflix @noiseracket & @antifragilemusic ❤️ #Netflix #neverhaveiever“

〉Listen now: Fire For You by Cannons

〉Full list of songs in the Never Have I Ever soundtrack