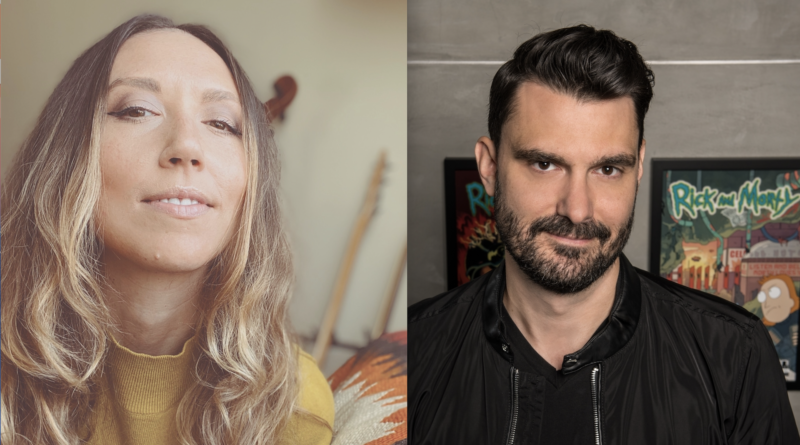 The season 4 finale of Rick and Morty spiked up Tunefind’s trending music chart, claiming the top spot with an original song by series composer Ryan Elder and composer/artist/producer Kotomi.

At the end, Rick reminisces.

After all the adventures of sociopathic scientist Rick Sanchez and his timid grandson, Morty, there’s a somber moment of reflection during the final moments of season 4. Rick reminisces as viewers hear Kotomi’s ethereal voice float over series composer Ryan Elder’s 80’s-vibe track.

“As the composer on Rick and Morty, I had an opportunity to underscore an important moment in Rick’s story with the kind of song that we might normally license,” Elder shared with Tunefind. “I wanted to capture his regret and sadness in the moment so I created a somber pseudo-80’s inspired backing track and asked my friend Kotomi to sing her own melody and lyrics over it.”

“Kotomi took it, ran with it and really made the song special,” Elder continued. “The reaction to it has been incredible, I knew I personally really liked it but the positive response from the fans has once again surprised me in the best way.”

“Ryan set a very reflective and melancholic tone with his track, and I was able to watch an early version of the scene so I could get a sense of Rick’s emotional state,” Kotomi shared. “Ryan also brought me up to speed on the storylines that were at play, and I really wanted the weight of Rick’s pain to come through the lyrics.”

“I also tried to internalize those feelings and tap into some of my own experiences so that I could write from a personal place. Lyrically it’s about trying to live in the moment, and not be weighed down by the past or thoughts of the future,” Kotomi continued. “My hope was to get my message across, but also leave room for different interpretations, and it’s been amazing to see so many different perspectives from everyone online.”

‘Don’t Look Back’ was released as a single on June 1st. The Adult Swim series has been releasing numerous original singles from the latest season through Turner Music Publishing, Inc. and Cartoon Network, Inc. Viewers can get links to those songs on Tunefind’s season 4 song lists.

Ryan Elder is a TV and film composer with experience in wide-ranging sci-fi and comedy scores. In addition to Rick and Morty, Elder co-composes for Harmonquest on VRV and Boss Baby: Back in Business on Netflix. He’s also written music for FOX’s The Simpsons, Disney’s Wizards of Waverly Place and numerous advertising campaigns for brands like Toyota and New Balance.

Kotomi is the moniker for Lauren Culjak. Kotomi means “the beauty of old cities” and is her mother’s Japanese name. Culjak is an L.A. based, classically trained pianist and self-taught producer. Her music ranges from gritty and edgy to orchestral and atmospheric. Culjak composes for TV and film, currently composing for The CW’s Nancy Drew. She’s also composing for the upcoming Hulu series Love, Victor and the film Long Weekend, expected in 2020.