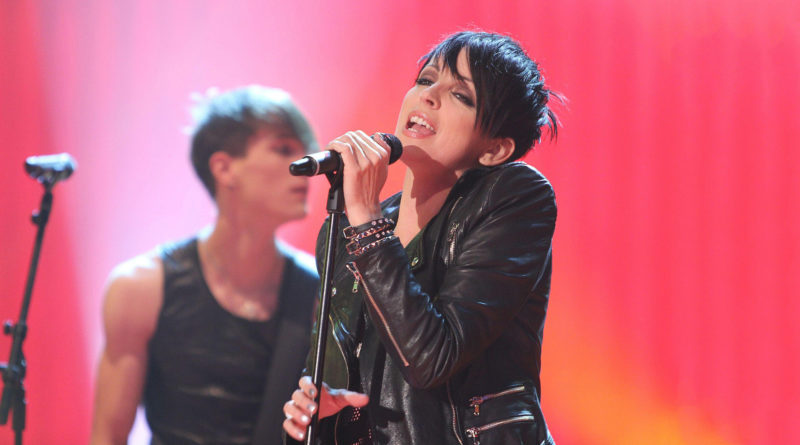 Netflix’s German series Dark featured the most popular song for a second week. This time the top spot goes to a German pop hit from the 80s. The song from German new wave artist NENA was featured across all 3 seasons of Dark and closed out the series.

End of the dinner party, Hannah describes her d…

During the final scene, ‘Irgendwie, Irgendwo, Irgendwann’ can be heard as the dinner party ends and Hannah describes her dream. The song continues through the end credits.

“As the track was used in the first two seasons of Dark,” shared music supervisor Liz Gallacher, “it felt like the perfect way to bring the story full circle and end the series.”

’99 Red Balloons,’ the English version of ’99 Luftballoons’ quickly became the #1 hit in the UK and held the spot for a month. Even now, ’99 Luftballoons’ is the most successful German-language song in international pop history.

In a similar fashion to ’99 Luftballoons,’ an English version of ‘Irgendwie, Irgendwo, Irgendwann’ called ‘Anyplace, Anywhere, Anytime’ was released on Nena’s album It’s All in the Game–an English-language version of Feuer und Flamme.

Nena Kerner–born Gabriele Susanne Kerner in Hagen, Germany in 1960–began her music career when she was 17 years old. Kerner was the vocalist in her first rock’n’roll band, The Stripes. The Stripes released their first single in 1979, followed by their self-titled debut in 1980.

Nena released her first solo album Wunder Gescheh’n (Miracles Happen) in 1989. A single of the same name was released only a few days after the Berlin Wall fell. Nena performed the track at the legendary Concert for Berlin that November. Nena continued to release albums over the next decade, starting with a children’s record from the mother of four entitled, ‘Komm lieber Mai…’ (Come dear May…) (1990).

In 2002, Nena recorded a new album, Nena feat. Nena. The album featured a new version of ‘Irgendwie, Irgendwo, Irgendwann’ with British singer Kim Wilde. The new version was sung in a combination of English and German lyrics. It reached #2 in the German charts and was certified gold and platinum.

During the early 2000s, Nena released many pop albums and children’s albums,–also certified gold and platinum–sold out stadium tours and wrote a best-selling autobiography Willst du mit mir gehen (Will You Go With Me?). Since 2009, Nena has been releasing her music on her own record label, The Laugh & Peas Company.

In 2011, she sang on the track ‘Let Go Tonight’ by Kevin Costner and Modern West–the band frequently featured on Paramount Network’s Yellowstone. Her latest record Oldschool (2015) is sung in both English and German. There’s no sign of Nena stopping anytime soon, although this is her longest stretch without a new release.

Beyond singing, Nena has lent her voice to several children’s films like Eragon, Peter Pan 2 and more. She helped launch the German edition of The Voice, where she coached for three seasons.

Currently, Nena has continued to tour and is touring in Germany this month, holding five concerts that follow social distancing guidelines.