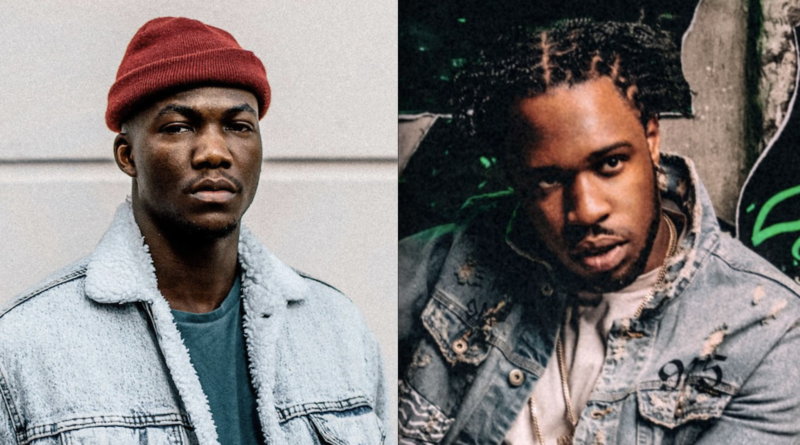 At the end, Tasha sits on the floor.

Long-running series Power came to an end in February and Power Book II: Ghost premiered earlier this month. Power Book II: Ghost picks up the story just days after the events of the Power finale. No spoilers here! The premiere episode ended with ‘Monster’ by Jacob Banks featuring Avelino.

“I felt like the song set the tone for Tariq and the entire season,” shared music supervisor Derryck “Big Tank” Thornton Sr. “Tariq is a monster, but in his own way. Jacob Banks’ voice is pure and disruptive–perfect blend.”

‘Monster’ was released in July 2015 on Banks’ sophomore EP, The Paradox. Another version of the track featuring Boogie can be heard in season 4 of Power. The hand clapping and chanting of the track sets the mood, accompanied by lyrics about how society portrays black men as monsters.

Jacob Banks grew up in England and began creating multi-layered productions featuring his rich vocal tone. His sound has a mix of musical styles and textures, including R&B, blues, reggae, and hip-hop. Banks has released two EPs, The Monologue (2013) and The Paradox (2015).

After a pivotal placement in Suits, Banks released his first studio album called Village (2018) with Interscope Records. The soulful singer has had placements in numerous movies, TV shows and video games including, The Equalizer 2, the latest season of Lucifer and both FIFA 19 and FIFA 15.

After the release of The Monologue, Banks was played on mainstream U.K. radio and subsequently was asked to tour with Emeli Sandé in the spring of 2013. Around the release of The Paradox, Banks was featured on several tracks for artists like Sigma and SeeB. After The Paradox, he released Boy Who Cried Freedom EP, which featured singles that would reappear on his album Village.

Jacob Banks previously took the top spot for most popular TV song on Power’s final season with a feature on Seinabo Sey’s track ‘Remember.’ Sey is featured on Banks’ 2018 album hit single ‘Be Good To Me’.

British rapper Avelino (full name Achi Jean Avelino), made his first appearance in the music industry in the early 2010s uploading freestyling videos under the moniker AA. In 2013, he released his first mixtape, Underdog Music, on More Music Records. The next year, Avelino released Iconic Ambition, featuring the track ‘No Comment.’

He toured with Stormzy in 2015 and put out another mixtape called Young Fire, Old Flame on OddChild Music. Avelino released his first solo EP FYO in 2016 and then rejoined with Stormzy once again in 2017 to promote FIFA 18.