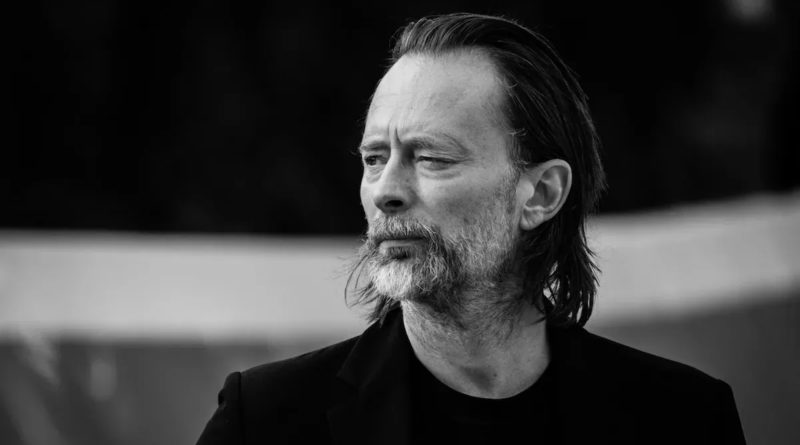 After waiting for over two years, Peaky Blinders has returned for its sixth and final season. Last week’s episode features a song written for the series by Thom Yorke. This original song is the most popular song on Tunefind last week.

Near the end; Tommy is outside standing in the …

At the end, Tommy Shelby meets with Lizzie outside in the rain. ‘5.17’ begins as Lizzie shares important news with Tommy. Tommy remains silent as Lizzie talks. The melancholy melody and haunting vocals continue through the end credits.

“Thom Yorke has long been part of the musical DNA of Peaky so it was beyond exciting when he agreed to score some of our key scenes for us,” shared Peaky Blinders music supervisor Amelia Hartley. ‘5.17’ was released as a single the same day the episode aired, March 13th.

Thom Yorke was born and raised in England. He was inspired by Queen guitarist, Brian May early on and received his first guitar when he was seven years old. While attending boarding school in Oxfordshire, Yorke formed the band On a Friday which would eventually change their name to Radiohead.

To date, Radiohead has released nine studio albums and countless EPs and singles since 1993 with Thom as the main vocalist and songwriter for the rock band. Thom Yorke is a multi-instrumentalist who integrates elements of electronic, classical, and jazz into the conventional rock music setup. He leaned into the heavy electronic sounds for his solo music. Yorke is most recognized for his falsetto vocals, thought-provoking lyrics, and experimental sound.

Yorke has been releasing solo work since 2006. He has released three solo albums–The Eraser (2006), Tomorrow’s Modern Boxes (2014), and Anima (2019) and a number of singles and EPs. While releasing music with Radiohead and solo, Yorke also formed a number of other bands and music projects such as Atoms of Peace in 2009 with Red Hot Chili Peppers bassist Flea, Beck and R.E.M. drummer Joey Waronker, percussionist Mauro Refosco, and Radiohead producer Nigel Godrich. He also collaborated with numerous artists like PJ Harvey and Björk. More recently, Yorke composed music for his first feature film soundtrack, Suspiria (2018) and formed the band The Smile with Radiohead guitarist and keyboardist Jonny Greenwood and jazz drummer Tom Skinner.

In addition to Peaky Blinders, Thom Yorke has had song placements in TV shows such as Imposters, Misfits (UK), The OC, and Maid. Yorke is also featured on the film soundtracks for The Twilight Saga: New Moon (2009) and Motherless Brooklyn (2019).

〉Full list of songs featured in the Peaky Blinders soundtrack