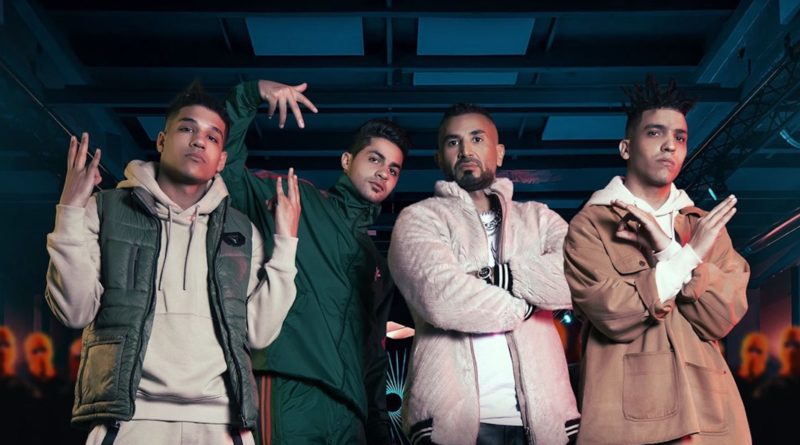 Marvel Studios’ Moon Knight premiered on Disney+ at the end of March and quickly became one of the highest searched shows on Tunefind. The top TV song last week comes from an Egyptian singer and features another Egyptian artist and duo.

At the end of the second episode, the screen quickly cuts to black for a moment of silence before the first words of ‘El Melouk’ are heard. The upbeat rhythm and sharply delivered lyrics continue to play over the end credits accompanied by a montage of images from the series, including moons and Egyptian landscapes.

‘El Melouk’ was released as a single by Ahmed Saad in June 2021. The track, released through Gamma Music, features fellow Egyptian artists Mostafa Saeed–professionally known as 3enba–and the duo, Double Zuksh. ‘El Melouk’ roughly translates to the English phrase “The Kings” and has been streamed more than 3 million times on Spotify. ‘El Melouk’ debuted at No. 15 on Billboard’s World Digital Song Sales chart.

Moon Knight series director Mohamed Diab took to Facebook to share his feelings about the use of Egyptian music in the series. He stated that it’s important to enlighten art forms and he’s grateful that the world loves the use of Egyptian songs in the show.

Ahmed Saad is a popular artist born in Cairo, Egypt. Saad has composed and recorded music for over 10 years, as well as acting in both film and TV. Ahmed Saad has been releasing music since 2007. He has released two albums along with numerous singles and EPs. His latest single is called ‘​​Betewhasheny’ and was released on last weekend.

Both featured artists, 3enba and Double Zuksh have been steadily releasing countless singles since 2019. ‘El Melouk’ is the first placement on Tunefind for Ahmed Saad, 3enba, and Double Zuksh.