This months artist spotlight is on British Pop singer, Engelbert Humperdinck. Englebert has a multi decade spanning career and has sold more than 140 million records worldwide. Humperdinck is no stranger to the world of sync, either, and currently has 13 songs and a total 22 appearances on Tunefind.

Humperdinck topped the Billboard top TV songs chart in April 2022 with a placement in Marvel Studios Moon Knight. Engelbert has been called “one of the finest middle of the road balladeers around” and has earned that title with his smooth crooning spanning over six decades.

Steven wakes up and begins his day; (repeats) S…

Born Arnold George Dorsey on May 2, 1936, in Madras, India. Dorsey dabbled in the musical arts since age 11, when he took up playing the saxophone. At age 17 Dorsey entered a small, local singing contest and his performance received a standing ovation. After finishing school Doresy pressed pause on his growing musical career and served in the military until 1956. In 1965 his musical career started to heat up and at the suggestion of his friend, he changed his name to Engelbert Humperdinck. The unforgettable stage name wasn’t pulled out of thin air though, it was inspired by the 19th-century German composer of the same name. 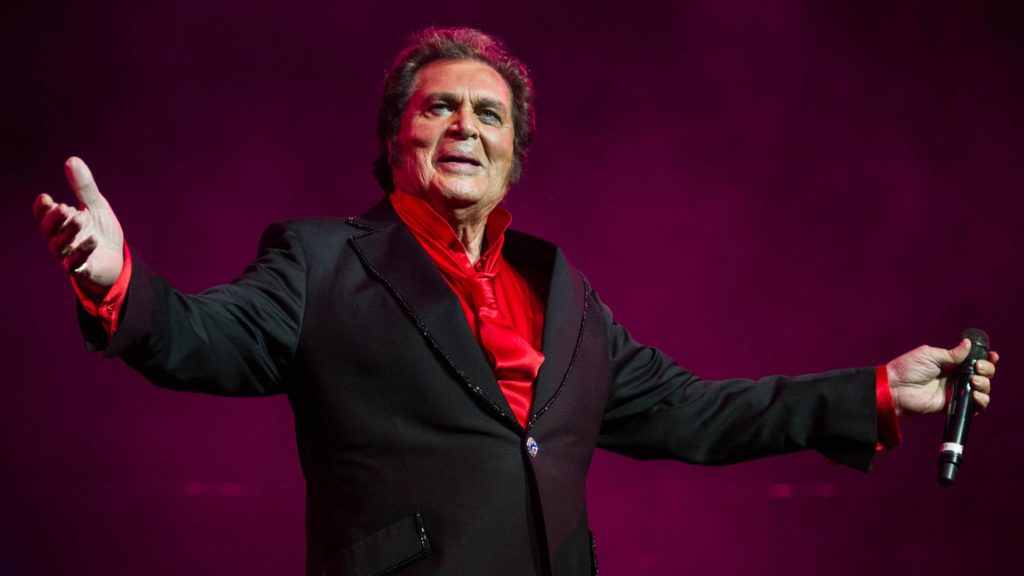 “Things started to turn round for me when Tom Jones’s manager, Gordon Mills – who I’d met when he was in the Viscounts and we toured together – started managing me as well. He suggested I change my name to something more unusual or unforgettable than Gerry Dorsey. Engelbert Humperdinck was a 19th-century German composer who is best known for his opera Hansel and Gretel. At first I said: ‘What kind of a name is that?’ But if anything is unforgettable, that name is.” – Engelbert Humperdinck speaking to The Guardian

Humperdinck has performed for the Queen four times in his career and most recently was awarded the Honor of Member of the Most Excellent Order of the British Empire (MBE) by Her Majesty the Queen’s Birthday Honors List 2021. Engelbert is not only known and loved for his velvety vocals but also for his sense of humor, which he often will bring onstage with him.

At age 82 the singer is still making fans laugh, including fans from a younger generation on TikTok as he channels his inner Moon Knight. Engelbert’s most recent placement in Moon Knight has refocused the spotlight on the artist’s 1968 song ‘A Man Without Love.’ The prominent sync has struck a chord with fans new and old. ‘A Man Without Love’ currently boasts over 16 million streams on Spotify.

〉Check out more of  Engelbert Humperdinck on Tunefind