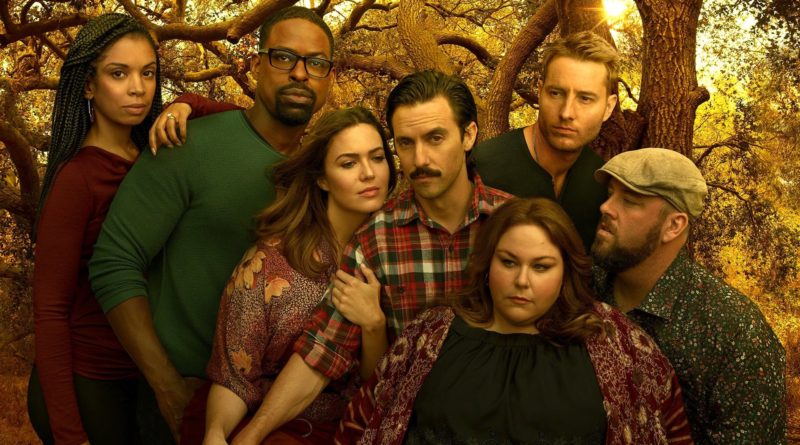 This is Us has been tugging our heartstrings and making us cry since 2016 when its pilot premiered on NBC. Fans have watched the Pearson family evolve and grow during the show’s six seasons, but like all good things, it must come to an end. The series finale will be the show’s 106th episode and is titled “Us.”

In honor of the show’s ability to make us sentimental, we have compiled our list of the most popular songs from every season and from each season finale.

The most popular songs from every season of This is Us

from This is Us Soundtrack · Season 1 · Episode 1 · Pilot

Trailer; At the end.

This song was featured at the end of the pilot episode. The song is lovely by itself, however, pairing it on screen with the show’s very first twist made this moment even more memorable. The track accompanies the moment Jack and Rebecca adopt Randall into the Pearson family.

Jack cleans up the kitchen after the Super Bowl…

Season two, episode thirteen was the first time the show used this fabled track. The song plays during an emotional scene featuring the family’s patriarch. The scene was pivotal for the series and the song burned its way into the audience’s memory. This song was Tunefind’s Top TV Song on June 20, 2017 and was recently used in season six and was Tunefind’s Top TV Song on May 18, 2022.

Beth practices ballet in the dance studio after…

This song, made popular by Dionne Warwick in 1967, became a popular cover version with fans after it accompanied a scene in which Beth returns to dance after having spent many years away from the practice.

Memorized (From This Is Us)

from This is Us Soundtrack · Season 4 · Episode 1 · Strangers

Grandson Jack sings to a crowd at his concert w…

Season four’s premiere was a stand-out for this song and the accompanying story on screen. In the episode, Jack sings to a crowd at his concert while his wife is in the wings. The song repeats during the episode’s end montage that draws parallels between each family member, new and old. This song was Tunefind’s Top TV Song on September 30, 2019.

from This is Us Soundtrack · Season 5 · Episode 6 · Birth Mother

Laurel in the hospital.

An emotional scene accompanies this track as Randall has just been born and his mother, Laurel, wakes up in the hospital. ‘Breath Again’ is heard while the hospital nurses judge Laurel for her mistakes and she begins to cry. The song continues with Randall in the present. This song was Tunefind’s Top TV Song on January 22, 2021.

Excluding the series finale, the most popular song from season six, so far is a show original performed by actress Mandy Moore. ‘The Forever Now’ was another Tunefind Top TV Song on April 27, 2022.

by This is us cast

At the wedding reception, Rebecca performs a sp…

Rebecca sings and plays the piano as there are interwoven flashbacks of her days as a young woman in love with Jack. ‘The Forever Now’ may sound familiar to longtime fans of the show. That’s because the song was inspired by and shares some familiarity to the shows ‘Closing Theme’, also penned by series composer Siddhartha Khosla.

from This is Us Soundtrack · Season 1 · Episode 18 · Moonshadow

Rebecca gets ready for her blind date; Jack get…

‘Into the Mystic’ is heard on screen as Rebecca gets ready for her blind date and Jack is shown getting dressed in his attic. Rebecca takes off the record and leaves the house where she will end up meeting the love of her life.

from This is Us Soundtrack · Season 2 · Episode 18 · The Wedding

End of Kate and Rebecca talking before Kate’s w…

‘Alps’ by Novo Amor and Ed Tullett is a beautiful track that simultaneously encompasses romance and forlornness. The song can be heard as Kate and Toby get married and during an emotional flashback as Jack tells a young Kate that he will be there on her wedding day to walk her down the aisle. This fan favorite was Tunefind’s Top TV Song on March 21, 2018.

Hold Your Head Up High

The season three finale revealed where everyone ended up after the flash forward. As the Pearson family reunites to see a much older Rebecca, ‘Hold Your Head Up High’ is heard. While the melody is beautifully supportive of the scene, fans really felt the weight of the scenes emotions as they listened to how the lyrics mirrored the on screen story.

from This is Us Soundtrack · Season 4 · Episode 18 · Strangers: Part Two

Billy Joel was once quoted saying, “Generally, I’m up, I’m down. I don’t think I’m manic depressive. I just know a mood won’t last the rest of my life,” while discussing the meaning behind ‘Summer, Highland Falls.’ The track plays during the end montage of the season four finale, and both lyrically and melodically support the emotional plot line between Kate and Toby that is felt in this last chapter of the season.

Way Down We Go

from This is Us Soundtrack · Season 5 · Episode 16 · The Adirondacks

Kevin and his family sitting in the Adirondack …

‘Way Down We Go’ is the kind of track that makes for stand out placements, the song has been used over thirty times in TV and film. The smooth vocals of Jökull Júlíusson paired with the strong rhythmic percussion aspects of the song have a tendency to add a foreboding and climatic feeling to any scene.

The season six finale wraps up the series and aired on NBC, May 24th, 2022 to 6 million viewers.

We Can Always Come Back To This

from This is Us Soundtrack · Season 1 · Episode 16 · Memphis

This cast performance is one of the most popular in the entire series and set a high bar for the show’s musical moments. A bar that in our opinion, was met season after season.

〉More music by This is Us Cast

〉Composer Siddhartha Khosla on Crafting a Timeless, Emotional Score for This is Us

〉Music Supervisor Jen Pyken on the Music of This is Us