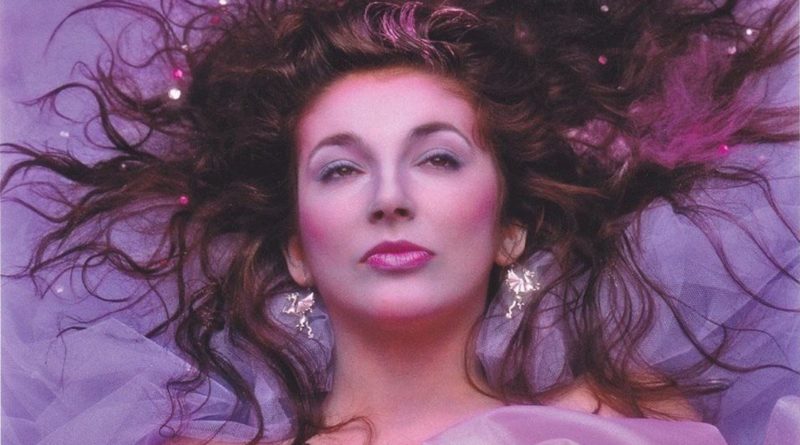 No stranger to chart-climbing music, the sci-fi series Stranger Things season 4 returned to Netflix on May 27th, 2022 and the soundtrack came out swinging. Stranger Things skyrocketed to the top of Tunefind’s music chart with last week’s most popular song featured prominently throughout season 4, part 1. This top TV song comes from an English singer/songwriting and has been making headlines since Memorial Day weekend.

‘Running Up That Hill (A Deal with God)’ is first heard in the season 4 premiere episode as Max listens to her headphones while walking the halls at school. The song repeats throughout the first half of the season, however, the moment the audience learns the importance of this song for Max is in a pivotal scene during episode 4. Max has a brave encounter with this season’s villain, as the boys fumble over cassette tapes. Lucas presses play on the tape player and the audience hears ‘Running Up That Hill (A Deal with God)’ pick up mid track. Max hears the song, which has been deemed her favorite, and it helps her find the strength to face off with the psychic nemesis. The music and lyrics of ‘Running Up That Hill (A Deal with God)’ are woven into the action and dialogue of the scene. There is a building intensity to the music as Max runs from the scary encounter, until the music stops abruptly as Max breaks through. The song can also be heard in the following episode as well as the final episode of season 4 part 1 as Max’s musical thread is woven throughout.

It immediately struck me with its deep chords of the possible connection to Max’s emotional struggles and took on more significance as Bush’s song marinated in my conscious awareness. – Nora Felder, Stranger Things Music Supervisor (Variety)

Stranger Things music supervisor, Nora Felder shared some insight into how this placement was made, as she explains how the Duffer Brothers tasked her with finding the perfect fit for what would be Max’s song this season. “It immediately struck me with its deep chords of the possible connection to Max’s emotional struggles and took on more significance as Bush’s song marinated in my conscious awareness,” shared Felder while speaking with Variety. “Kate Bush is selective when it comes to licensing her music and because of that, we made sure to get script pages and footage for her to review so she could see exactly how the song would be used,” Felder continued.

Attentive fans on Tunefind noted the presence of additional string instruments in the episode 4, climactic scene placement of ‘Running Up That Hill (A Deal with God)’. Approved by Kate Bush, an orchestral overlay created by Rob Simonsen with the London City Orchestra was recorded specifically for the show’s use in the crucial scene.

Kate Bush is known to be somewhat private, rarely making appearances or statements in recent years. Bush released a statement on her official website about the spotlight being refocused on her single. “You might’ve heard that the first part of the fantastic, gripping new series of Stranger Things has recently been released on Netflix. It features the song, ‘Running Up That Hill (A Deal with God)’ which is being given a whole new lease of life by the young fans who love the show – I love it too! Because of this, ‘Running Up That Hill’ is charting around the world and has entered the UK chart at No. 8. It’s all really exciting! Thanks very much to everyone who has supported the song. I wait with bated breath for the rest of the series in July.”

It features the song, ‘Running Up That Hill’ which is being given a whole new lease of life by the young fans who love the show – I love it too! – Kate Bush

‘Running Up That Hill (A Deal with God)’ was first released in the UK as a single in August of 1985 and appears on her album called Hounds of Love. Bush re-recorded the song in 2012, and it made its official reappearance at the 2012 Summer Olympics, during the closing ceremony. The song is certified platinum in the UK (BPI) and has been covered by a handful of artists since its initial release, including Placebo, Meg Myers, and most recently Kim Petras. Kate Bush has been quoted on the meaning behind  the song, “I was trying to say that, really, a man and a woman can’t understand each other because we are a man and a woman. And if we could actually swap each other’s roles, if we could actually be in each other’s place for a while, I think we’d both be very surprised!”

Music has seemingly always been a part of Kate Bush’s life. As a young girl, Kate studied the piano and violin and by age fourteen, Bush was writing her own original music. At age sixteen she was introduced to Pink Floyd guitarist David Gilmour who helped Bush secure a record deal with EMI. Bush has released 10 studio albums, 5 EPs, 40 singles, and over 30 music videos in her career spanning over four decades. Kate has been nominated for induction into the Rock and Roll Hall of Fame three times, including this year.

Kate Bush’s music has been featured in numerous projects, including The Handmaid’s Tale, Gossip Girl (2021), and Pose, among many others.

〉Listen now: Running Up That Hill (A Deal with God) by Kate Bush