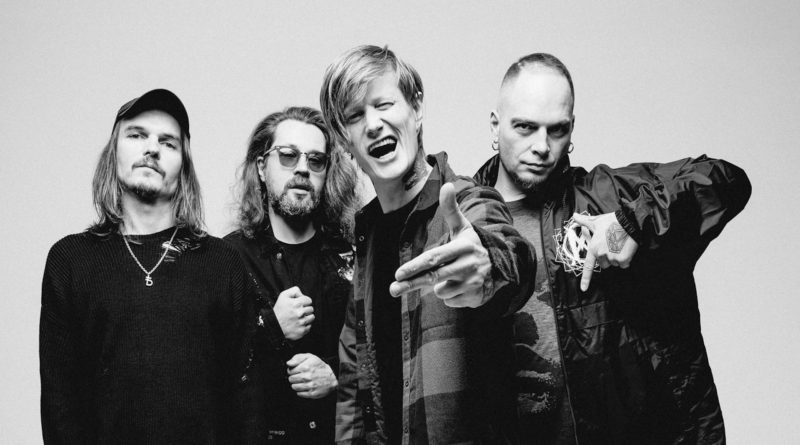 The distinctive track is first heard during a transitional scene as the characters arrive in Moscow. The guitar riffs and vocals rhythmically play over various views of a cityscape and its accompanying graffiti. The graffiti murals in the Moscow neighborhood parallel the characters from the series. The song repeats during the end credits.

‘Junk’ just had such a great Boys-like swagger and grit it just seemed like a perfect fit.” -Michelle Johnson and Yvette Metoyer, The Boys music supervisors

The Boys music supervisors, Michelle Johnson and Yvette Metoyer shared with Tunefind they found the one of a kind track stating, “We were doing a creative search for songs ideas to play over the scene of The Boys arriving in the rundown outskirts of a Moscow neighborhood. We found this great track from Saint Petersburg band Jane Air while doing a deep dive on Spotify.” Johnson and Metoyer continued, “‘Junk’ just had such a great Boys-like swagger and grit it just seemed like a perfect fit. It found a spot in the episode early on. The producers loved the track and decided to reprise it at the end of the episode as well.”

‘Junk’ was released in January 2002 as a single on the band’s freshman album called Pull Ya? Let It Doll Go!. The band filmed a music video the following year, directed by Deviant Creations. The music video features the band members in roles that interact with dark subject matter, intertwined with live concert footage. ‘Junk’ is currently released on Apple Music and Spotify featuring Smike and Пойманные Муравьеды.

Jane Air is an alternative rock band from St. Petersburg, Russia formed in 1999 by Sergei Makarov. Jane Air originally began in rapcore–a genre fusion of hip-hop and punk rock/hardcore punk–as well as nu metal–a subgenre of alt metal combining heavy metal, hip-hop, alt rock, funk, industrial and grunge. Their more recent projects include genres such as southern rock and hip-hop music. Since 2002 the band has released six studio albums and a handful of singles and EP’s. Jane Air has been playing with the same line-up since they were founded including, Anton Lissov (frontman, vocal, lyrics), Sergey Makarov (bass guitar), Sergey Grigorev (guitar), and Anton Sagachko (drums).

This is Jane Air’s first placement appearance on Tunefind.