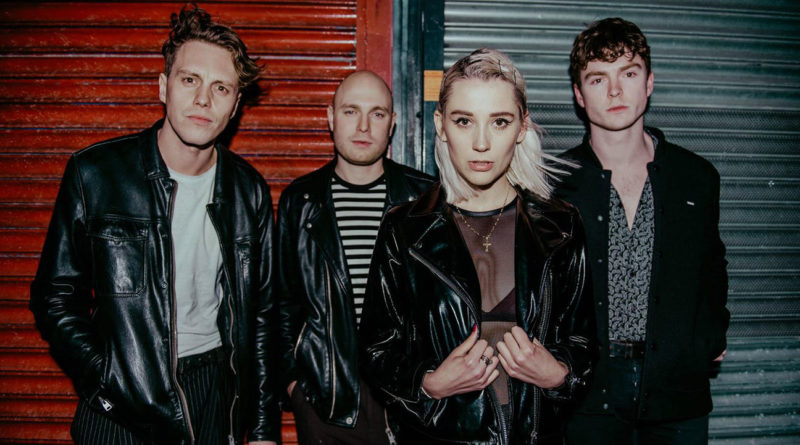 from She-Hulk: Attorney at Law Soundtrack · Season 1 · Episode 3 · The People vs. Emil Blonsky

Jen sees herself as her Hulk-form in a car wind…

‘Seize the Power’ is heard near the end of the episode as She-Hulk catches a glimpse of her green reflection in a car window. Followed by a quick transitional cut to a classic Marvel-style end credit sequence, the song continues. The percussion and passionate vocals serve as a call-to-action that echoes Jennifer Walters (played by Tatiana Maslany) becoming the newly appointed superhero, She-Hulk.

Seize the power is a song about empowerment individuality and finding yourself. It’s about finding your voice and that’s why there would be no better placement for it than in  Marvel’s She-Hulk.” – YONAKA

‘Seize The Power’ was released January 27th, 2021 as the titular single on the bands latest album. The album was released later the same year, in July. YONAKA commented on the songs release stating, “We want you to get lost in a feeling of strength and empowerment when listening to this song.” The song currently boasts over 21 million streams on Spotify.

YONAKA, formed in 2014, is an English quartet known for combining heavy riffs, melodic hooks, and their on-stage punk rock energy. The band consists of vocalist Theresa Jarvis, guitarist George Edwards, bassist Alex Crosby, and drummer Robert Mason. The bandmates met in college while each member played in different bands and they quickly gained a reputation for their vigorous live shows.

In addition to YONAKA’s most recent placement in She-Hulk, the band has also received placements in series such as Resident Evil, Pretty Little Liars: Original Sin, and Love Island (UK).

〉Full list of songs featured in the She-Hulk Soundtrack