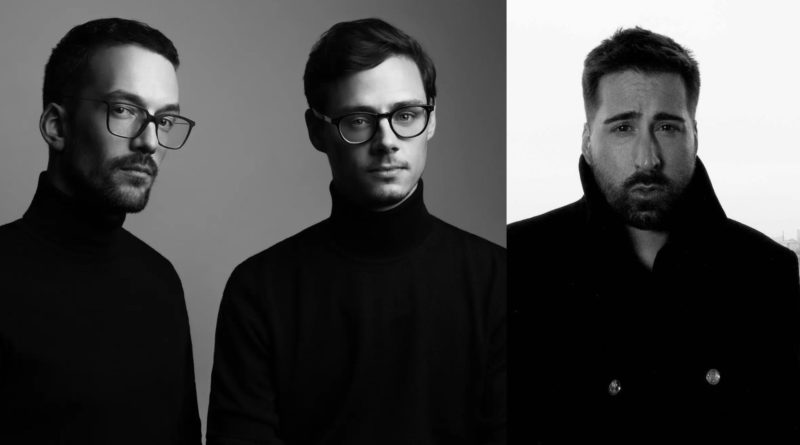 by The Irrepressibles, Felsmann + Tiley

‘The Most Beautiful Boy (Felsmann + Tiley Reinterpretation)’ is placed in two episodes in this season of Young Royals, as well the seasons official trailer. First, in episode 204, the song is blended into the applause for a performance from one of the main characters. The song is subtle at first and quickly overpowers the sound of the crowds applause. The meaningful glance shared between characters paired with alluring sounds of ‘The Most Beautiful Boy’, results in the audience feeling as though they are watching a secret unfold. Upping the emotional ante once again, the song is heard at the very end of the season in episode 206. Young royal and main character, Prince Wilhelm, delivers a speech with a dramatic confession that results in the crowds shock. Once again, main characters Wilhelm and Simon exchange a wry and meaningful glance with one another as ‘The Most Beautiful Boy’ carries the scene into the episodes end credits. The seasons use of the haunting track is a more than fitting statement of the love shared between these characters.

It is such a beautiful and unique song and it really defined the complicated love between our two main characters in the show.” – Magnus Palmborg, Young Royals Music Supervisor

Tunefind spoke with Magnus Palmborg, Young Royals music supervisor, about the journey behind the song’s placement. “We got the song from the music publisher Universal through a pitch we conducted for the show. In the first season, we had Elias’ ‘Revolution’ as the defining track for the season, and when we got ‘The Most Beautiful Boy’, I instantly felt it could play that role for the second season,” shared Palmborg. He continued, “It is such a beautiful and unique song and it really defined the complicated love between our two main characters in the show.”

In November of 2020, the songs reimagining by Felsmann + Tiley, was released as ‘The Most Beautiful Boy (Felsmann + Tiley Reinterpretation)’. Felsmann + Tiley identify as a synthesizer composer duo from Frankfurt and London. There doesn’t appear to be a lot of background information on this mysterious duo, however, they do appear to be busy making music. They have released one original album and more than 10 EP’s and singles, in addition to their handful of reinterpretations of which include songs from artists such as The Irrepressibles and M83.

Young Royals season 2 claimed an impressive 4 spots on Tunefind’s trending chart from last week as fans binged the series return and came searching for the sounds of the series. “I am really happy for the great response ‘The Most Beautiful Boy’ by The Irrepressibles and Felsmann + Tiley got in Young Royals, as well as the other songs on the list that we used,” shared Magnus Palmborg. The other tracks from the series that placed in the trending chart include, ‘Lonely One’s’ by LOVA, ‘Seize The Power’ by Yonaka, and ‘In This Dark Time’ by Aime Simone. Be sure to check out Young Royals on Tunefind for all the music featured in the series.

The Irrepressibles has been featured in many TV shows and movies such as So You Think You Can Dance, Snowpiercer, and Step Up: Revolution, amongst others. In addition to Young Royals, Felsmann + Tiley has also received placement in the series The Rising.

〉Full list of songs featured in the Young Royals soundtrack