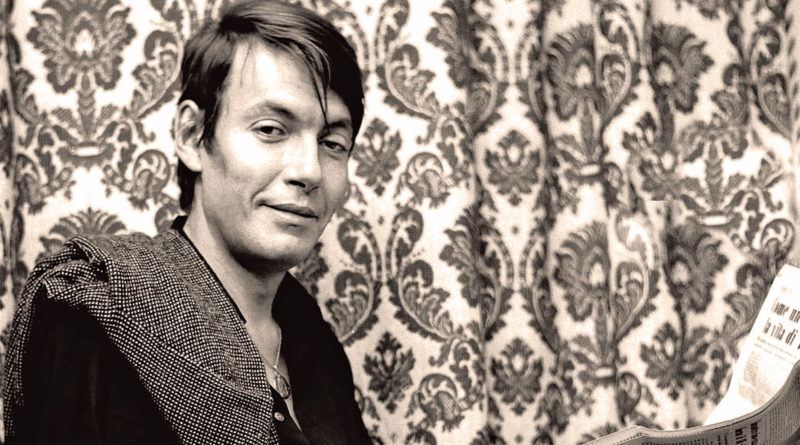 HBO’s The White Lotus took the #1 spot on Tunefind’s trending chart last week when its season 2 finale aired on December 11, 2022. Last week’s top TV song comes from an Italian singer-songwriter and the most prominent cantautore (singer-songwriter) of his time.

Daphne and Ethan walk to Isola Bella. Then the …

‘Preghiera in Gennaio’ was first heard in the Season 2 premiere of The White Lotus, which aired in October 2022. The track appeared again in the season 2 finale before topping the Tunefind trending chart. ‘Preghiera in Gennaio’ is hauntingly beautiful for even non-Italian speakers and has a romantic feel. Season 2 of The White Lotus is set in Sicily and has a scenic soundscape to match the locale. Full of Italian lyrics and the traditional styles of the country’s diverse regions, the official season playlist by music supervisor Gabe Hilfer sets the mood for the season’s allure.

Fabrizio De André was born on February 18, 1940, in Genoa, Italy, to an upper-class family. Gifted with a warm baritone voice, De André started playing guitar at the age of 14. When he was still a student in February 1961, De André made his debut while singing a couple of songs in a theater in Genoa. His first song to reach commercial success was ‘La canzone di Marinella’ (The song of Marinella) in 1967.

Following this success, he released his first long-playing album of new songs, simply named Volume 1, in 1967. His 40-year career reflects his interests in concept albums, literature, poetry, political protest, and French music. With the great success of his music in Italy and its impact on the Italian collective memory, many public places, such as roads, squares, and schools in Italy, are named after Fabrizio.

‘Preghiera in Gennaio’ translates to “Prayer in January,” and although the sound of the track is amorous, the story behind the song is much more somber. ‘Preghiera in Gennaio’ is dedicated to De André’s friend, the singer Luigi Tenco, who committed suicide after participating in the Sanremo Festival. The Sanremo Music Festival, also known as the Italian Song Festival, is the most popular Italian song contest and awards ceremony, held annually in the city of Sanremo, Liguria.

Tenco took part in the Festival in 1967, and it was rumored that he participated against his will. Tenco was found in his hotel room in the early morning of January 27th, 1967, and his death was ultimately ruled a suicide. Hence, Fabrizio’s “Preghiera in Gennaio.” Despite the popularity of The Sanremo Music Festival, especially in those years, De André always refused to participate in any song competition by principle.

Fabrizio De André died of lung cancer on January 11th, 1999. Two days later, the public funerals took place in the basilique of Santa Maria Assunta in Carignano in front of a large audience of participants. Fabrizio created a deep and enduring body of work over the course of his career.

〉Full list of songs featured in The White Lotus