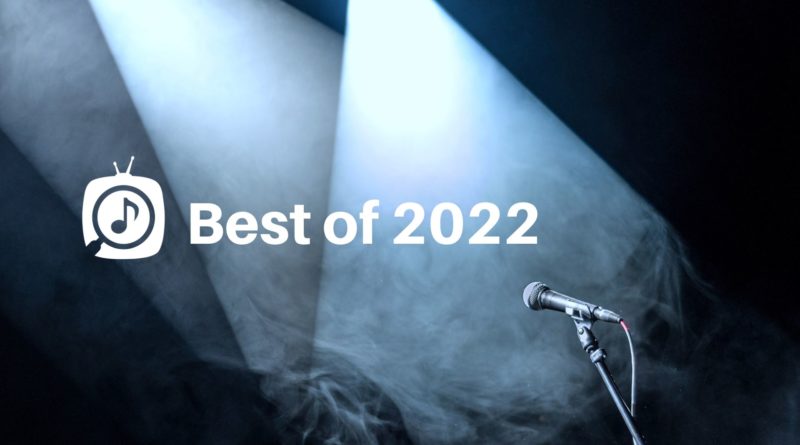 Here at Tunefind we’re looking back at some of the highlights from 2022, including the top movie soundtracks, top new TV shows driving music discovery, top tv syncs, and most popular artists on Tunefind. Check out our handy compilation of all year-end coverage at Round Up: Tunefind’s Best of 2022.

We’ll kick things off with the most popular articles from the Tunefind News, a spot featuring behind-the-scenes stories about those big music moments, interviews with leading Music Supervisors, soundtrack releases, industry news, popular syncs and more.

Here are your favorites stories from 2022:

10. A Farewell to This is Us: Fan Favorite Songs From The Series

This is Us aired six seasons before saying goodbye this year with a musically packed final season. In honor of the show’s ability to make us sentimental, Tunefind compiled a list of the most popular songs from every season and each season finale. This is Us was well known for its musical storytelling and would make frequent appearances on the Tunefind trending chart.

9. The Most Popular Music from Better Call Saul: A Farewell with Thomas Golubić

All good things must come to an end and this year that included the AMC original series Better Call Saul. Tunefind was able to sit down with the series music supervisor Thomas Golubić and discuss the details behind the series’ deftly placed needle drops and frequent creative juxtapositions. This article includes some of Golubić’s and fan favorite placements throughout the series’ six seasons.

Tunefind recently launched a new series titled FAQ+ where fans can find information and updates about Tunefind and how the site operates. In this entry of FAQ+ we discuss the very specific television genre of reality TV. Today’s reality TV is well known for its eclectic playlists and unique soundscapes. This informational article shares details and insights into the process behind how your favorite shows get added to Tunefind and how reality TV is a unique category of entertainment.

7. The Reviving Power Of Sync Placements

2022 was a year full of sync-driven music discovery and when Stranger Things season four dropped on Netflix in May, the world witnessed firsthand how sync can make old songs new again. Popular syncs have been sending songs to the top of charts decades after the initial song release and in this feature article, Tunefind shines a light on some of the best examples of the reviving power of sync.

The fourth and final season of HBOMax’s dystopian sci-fi drama Westworld aired in June 2022. In honor of the series return, Tunefind highlighted some of the most popular songs from the series’ renowned composer, Ramin Djawadi. Westworld’s score is a fan favorite with instrumental covers of songs by The Rolling Stones, Kanye West, and David Bowie, to name a few.

5. The (Not So) Unsung Hero of Stranger Things Season Four: Vecna vs. Music

Season 4 of the popular Netflix series, Stranger Things was a jammed packed adventure that included some of 2022’s most popular songs. In this fan favorite article, Tunefind dug into some of the music magic that  happened throughout the season. Music is a prominent and plot-driven theme throughout the season and in a truly mind-bending turn of events even helps our favorite characters battle the terrifying nemesis known as Vecna. As it turns out, your favorite song could save your life!

4. Winners of the 12th Annual Guild of Music Supervisors Awards

Young Royals dropped it’s second season, with 6 episodes, on Netflix on November 1, 2022. Immediately, the returning Netflix original series jumped onto Tunefind’s trending music chart in multiple spots. This trending song is a reimagined version of a British musician’s solemn single, reworked by a synthesizer composer duo from Frankfurt and London.

Tunefind covered the popular theme song featured in Amazon Prime Video’s 2022 thriller series, The Terminal List. The series’ soundscape is constructed with a mixture of soulful rock, velvety blues, and even some earnest country twang. The series’ gritty melodic theme is brought to us by the Tennessee-based neo-blues duo, Mississippi Twilight.

While not technically from 2022, these articles still have huge traffic as interest lives on through this past year.

Euphoria is a juggernaut of a series that has been popular on Tunefind since it’s first season premiered in 2019. Music supervisor Jen Malone and show composer Labrinth incorporated over 100 licensed and original songs and score across both the first and second season. Labrinth’s score and original music included some of the most sought after tracks on Tunefind for the entire year. Season 2 was a long awaited sensation that continued its reign as one of the most popular shows on Tunefind. The season 2 premiere impressively featured over 30 different songs in a single episode. Don’t forget to check out the fan favorite most popular songs from season 2.

Lucifer ended after a six season long run in 2021 and Lucifans have continued to flock to Tunefind in search of the series’ one of a kind soundtrack. This fan favorite series includes throwback jams as well as frequent cast performances. The series may have ended in 2021 but the show’s soundscape will live on in the hearts and playlists of fans for many years to come.