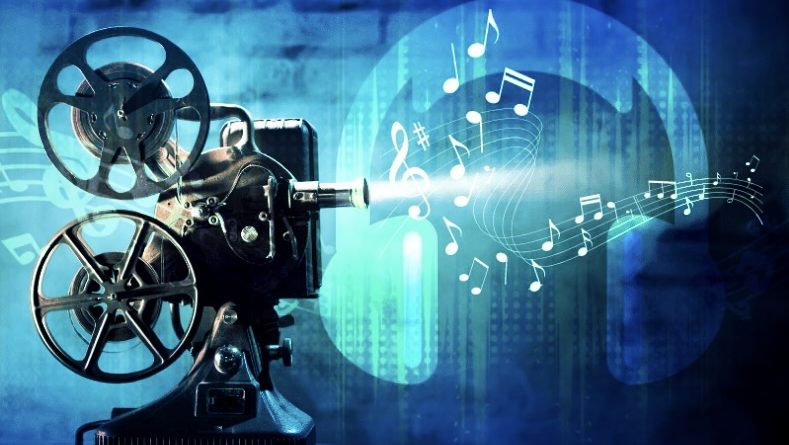 Part I: What is Trailerization?

Trailerization is a somewhat newly coined term that serves as a catchall for making music specifically for movie trailers. It’s almost guaranteed that you have heard a song that has been trailerized due to the prevalence of this genre in recent media. Although you may not have realized the specific musical magic of what you were hearing, this process is not as simple as using a remix of a song. In reality, multiple methods and limitless details go into today’s trailer music. In this Tunefind Topic article, Tunefind breaks down the mystery of this genre into 3 different parts: what, why, and how. Keep reading part I to learn more about what this trending theme entails.

A great sync placement in a popular movie or TV show has been proven to be a driving powerhouse in today’s music trends. Frequently when a popular TV show has a popular sync placement, you can see it trending on Tunefind’s Trending Chart. The use of music in today’s entertainment is often chosen with one goal: to make the audience feel something. Not only can this task help guide the viewer to a conclusion about the project’s plot, but human nature leads to powerful reactions when emotion can be tied to thought.

You have to suck people into the theater and tell a story in two-and-a-half minutes.” – Cato

A movie has an average of 2 hours to accomplish this phenomenon and usually does it more than once during the duration of the film. A movie trailer has to do it in 2 minutes. Cato, the musician credited on music for projects and trailers such as Blade Runner 2049, How to Get Away with Murder, and Smokin’ Aces, said it best, “You have to suck people into the theater and tell a story in two-and-a-half minutes.”

The term trailerization is an umbrella term for many concepts relating to trailer music. Sometimes a trailerization technique is used in a song that is featured in a trailer and in the project itself. Three critical concepts within trailer music are reimaginations, overlays, and remixes. While a piece can use more than one of these techniques, most trailerized music will use at least one. 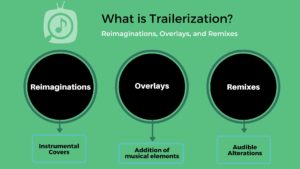 Reimaginations: Typically, they are instrumental covers by composers. A prime example is Westworld composer, Ramin Djawadi‘s reimagining of the Guns N’ Roses iconic rock song ‘Sweet Child O’ Mine’ from the season 3 premiere.

Overlays: Musical elements are added to a song. For example, additional string instruments in the Stranger Things “Dear Billy” episode’s placement of ‘Running Up That Hill (A Deal with God)’ by Kate Bush are an orchestral overlay created by Rob Simonsen with the London City Orchestra and was recorded specifically for the show’s use in a climatic scene. [This overlayed version is unfortunately unreleased.]

Remixes: A new or different version of a recorded song that is made by changing or adding to the original recording of the song. Another Stranger Things example, as the latest season experimented with various forms of music production, is ‘Separate Ways (Worlds Apart) [Bryce Miller/Alloy Tracks Remix]. This remix appears in the season 4 premiere with input from Journey frontman, Steve Perry.

The Evolution of Trailer Music

Way back in the day, movie trailers would often use the scores of other previously released films. Nowadays, that would be an extremely rare, and potentially impossible occurrence. In regards to what is now considered the trailerization of music, most credit 2010’s The Social Network trailer as being the origin point. The trailer featured a Belgian women’s choir singing Radiohead’s ‘Creep’. This started a trend of reimaginations and covers of popular songs being used in movie trailers. Since the original trend the technology in music production has grown exponentially and opened the doors to even grander concepts of trailerization.

2019 was a big year for trailer music with projects like Godzilla: King of the Monsters and Us using custom versions of songs like ‘Over The Rainbow’ and ‘I Got 5 On It’, respectively. Audiences started to take notice of the sounds of trailerization after seeing these trailers.

More recently a trailer for The Batman featured a reimagined trailerization of Nirvana’s ‘Something in the Way’. The popular trailer is credited for ranking the song in Billboard’s charts for the first time. Transformers: Rise of the Beasts is set to air later this year and recently dropped a teaser trailer that includes an original trailerization by Totem featuring Juicy by The Notorious B.I.G.

It’s clear that trailer music is only just beginning to push the boundaries of creativity and with technology and the bright minds of musicians, this category of music is sure to only grow more popular and more impressive.

Stay tuned for The Musical Magic of Trailerization: Part II and Part III where Tunefind will elaborate on the Why and How of traileriztion, including tips and tricks for breaking into the genre that will be featured in Part III.