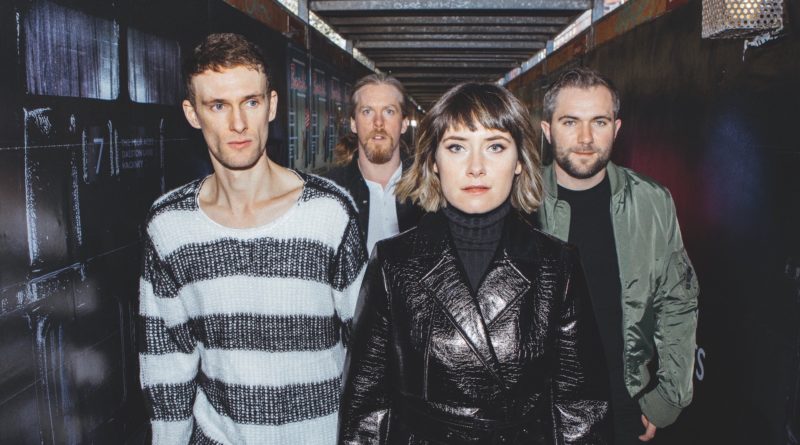 The Stranger is a new Netflix miniseries based on the British mystery thriller novel by Harlan Coben. The opening theme song has jumped to the top TV song spot and the ominous song with heavy synth-rock sounds have fans discovering more music from the new hit.

by Walking On Cars

from The Stranger Soundtrack · Season 1 · Episode 1

The series stars Richard Armitage (as Adam Price), Siobhan Finneran (as DS Johanna Griffin) and Jennifer Saunders (as Heidi Doyle) as the mysteries of a small community start to unravel with the arrival of a mysterious stranger. Richard Armitage shared a tweet about the theme song choice,

Walking on Cars released their debut single ‘Catch Me If You Can’ in 2012, followed by their debut EP As We Fly South in 2013. In 2014, they released their second EP Hand in Hand with an accompanying single ‘Always Be with You’. The following year the band released their next single ‘Speeding Cars’ leading to international success.

Their debut album Everything This Way was released in January 2016 and jumped to No. 1 in the Irish albums chart, holding the spot for three weeks. Walking on Cars toured the album all around the world. Three years after Everything This Way, they released their second album Colours.

Walking on Cars shared feedback about the ‘Monster’ placement as The Stranger theme song,

So good to read all your messages about hearing Monster on The Stranger! If you haven’t yet go check it out on @netflix and have a listen for the intro track 😉 @NetflixUK #TheStranger

〉More music by Walking on Cars

〉Full list of songs featured in the The Stranger soundtrack