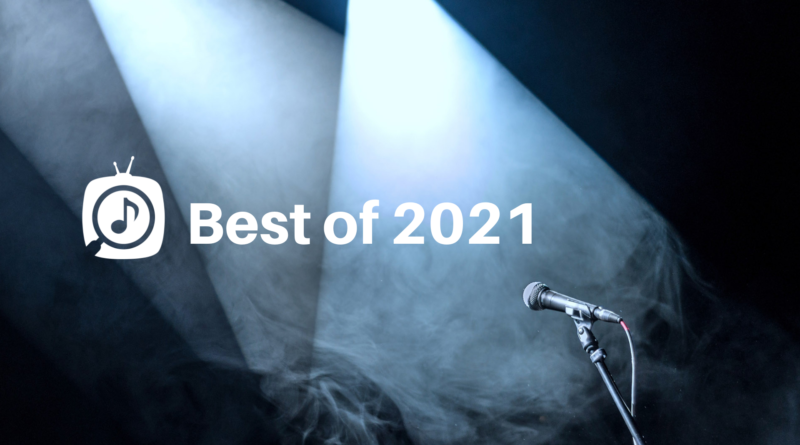 Here at Tunefind we’re looking back at some of the highlights from 2021, including the top movie soundtracks, top new TV shows driving music discovery, top tv syncs, and most popular artists on Tunefind. Check out our handy compilation of all our year-end coverage at Round Up: Tunefind’s Best of 2021.

Below is our list of the top TV songs from 2021–the songs YOU loved the most, and just had to find. Some familiar names and lot of new ones, these were the most in-demand tracks on Tunefind this year.

Keep in mind that we also saw a lot of popular unreleased tracks featured in TV shows this past year, as well. Our fingers are still crossed that some of those will be released. But the list below contains only songs available on the major music streaming or download platforms.

Without further ado, Tunefind’s most popular TV songs of 2021…

Sam, Paige, and Zahid open up to each other.

Lucifer sits at the piano and sings.

Lucifer and Chloe have a conversation about the…

What's The Use (from Insecure: Music From The HBO Original Series, Season 5)

from Bridgerton Soundtrack · Season 1 · Episode 8 · After the Rain

At the last ball of the season, Daphne and Simo…

Simon leads Daphne through the halls then they …

3. Featured on Rick and Morty

I Am the Antichrist to You

Morty storms out of the house after Planetina. …

2. Featured on The Chi

Coach Beard at the club.

Now that we’ve reviewed the most popular released songs, here’s a quick review of some of the songs fans were scrambling to find, but just aren’t available anywhere. Maybe they’ll be released some day…

Don't Mess With Me

DeLuca and Val are crashing.

3. Featured on All American

2. Featured on The Resident

from The Resident Soundtrack · Season 4 · Episode 1 · A Wedding, A Funeral

The team walks out of the hospital as people ho…

Isabel walks in on Victor and Benji.

For full details on this year’s most popular songs, artists, television shows, and movies in sync and more, check out our Round Up: Tunefind’s Best of 2021.