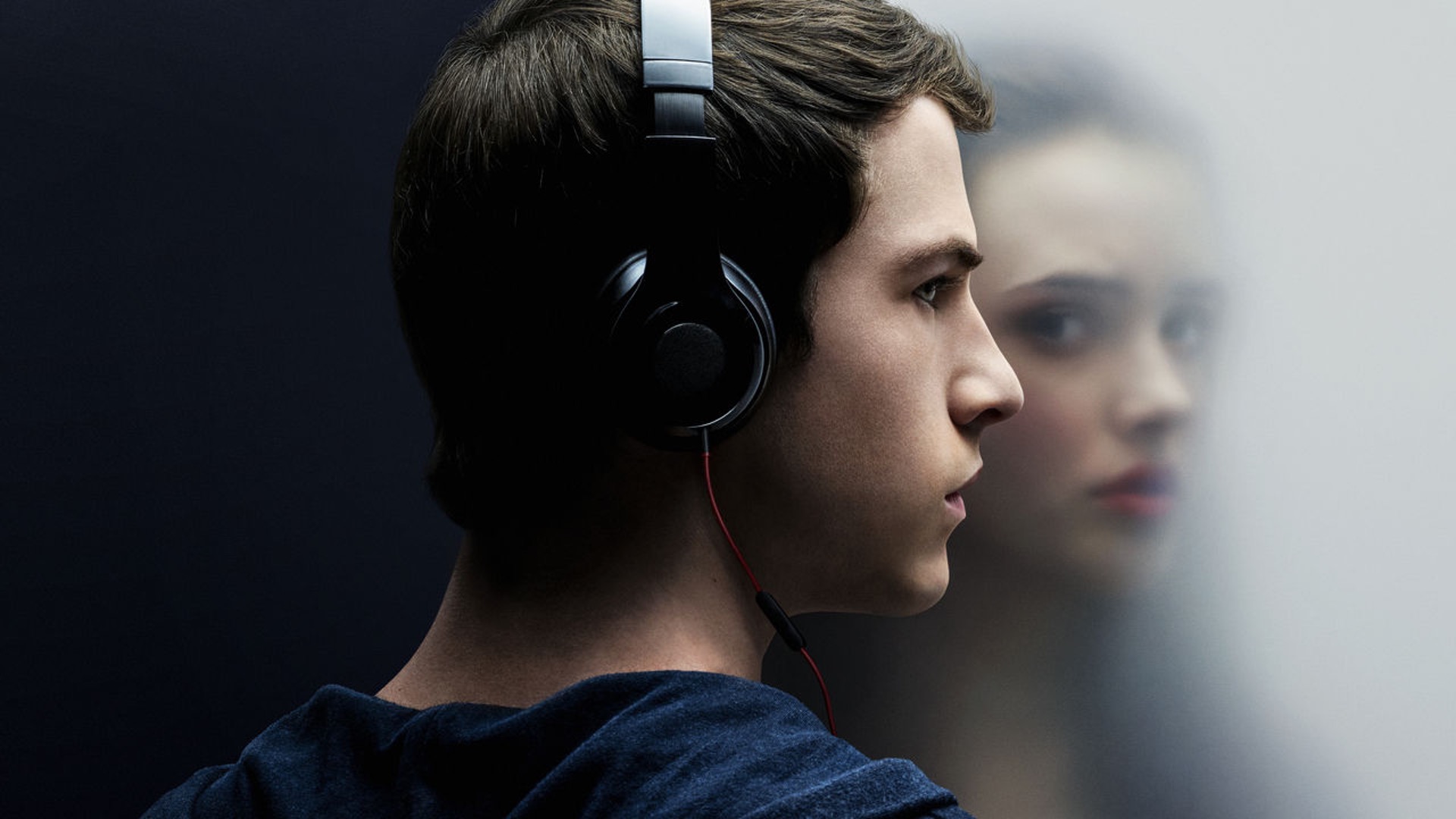 Haunted by the story of Hannah Baker’s suicide? The work of composer Eskmo is echoing in your head.

With the ever-present headphones and cassettes in 13 Reasons Why, music is an inseparable part of the emotionally charged story. Composer Brendan Angelides, better known as Eskmo, created the haunting original score for the series.

The Netflix series was a breakout hit, inspiring record activity on social media and Tunefind, and  recently getting renewed for a second season. Enthusiastic fans on Tunefind have been methodically trying to identify every bit of music featured in 13 Reasons Why, including all of the original score cues.

Chatting with Tunefind via phone, Brendan shared insights on how he creates the show’s ethereal sound, the tension between innocence and aggression, and some of his favorite cues from the show.

Based on Jay Asher’s bestselling young adult novel by the same name, 13 Reasons Why deals with some extremely challenging themes: bullying, sexual assault, depression, and suicide. The show has come under fire for the graphic depictions of these events, prompting Netflix to add more content warnings to the show. But both the book and show have been praised for prompting more open discussions about difficult topics. Eskmo tapped into his own teenage years to find the right emotional tone. “I thought about all the crazy stuff that went through my head as a teenager. Feeling alone at certain times or pissed off or connecting with friends in different ways, to tap into that, and thematically, musically a sense of innocence,” says Eskmo. “For me, I always wanted to have a sense of innocence to it without being too like the toy box piano type of thing.”

The pulsing score – mimicking a heartbeat at points – helps build the suspense and sadness around this mystery with a tragic outcome. Ethereal moments bring a sense of lightness that helps viewers connect with these flawed characters struggling with more than their share of teen angst.

But with this series there is a constant tension and bursts of aggression. Like the scene in episode 7, where Clay loses it and lashes out in the hallway at school, finally breaking under the pressure of dealing with Hannah’s death and the tapes.  “I tried to tap into a warm heart thing but then the ability for it to kind of go off.”

Eskmo played with these contrasts elsewhere, even putting tin foil and paper into his small 1950’s upright piano to record a number of sections for the series. You’ll hear it most clearly on Justin’s theme as the piano comes in ~40 seconds into the track.

“It helped to create a juxtaposition to the soft synths and warmth by adding an edge and aggression, even if just subtly,” shares Eskmo.

Given the mature content of the series, showrunner Brian Yorkey expected a mixed audience of teens, parents and young adults watching the show. This led to some conscious choices around the show’s signature sound, connecting the era of cassette tapes with a more modern electronic beat.

“Musically [Brian] was really keen on the idea of kind of creating a link back to the past. For example, My So-Called Life and The Breakfast Club,” shares Eskmo. “He was really excited to introduce a whole younger generation to this particular type of music that an older generation would feel really kind of connected to and nostalgic.”

Music provides a thread that connects the characters, even beyond Tony’s role as music guru of the show, introducing Clay to Joy Division, and handing Hannah the Lord Huron tape after the dance.

Eskmo shares that Hannah’s theme was one of the original pieces he wrote when working on the pilot. That piece evolves and is threaded throughout the series, interacting with the other characters’ themes as their stories unfold.

“You can hear this toward the end where Tony is explaining what’s happened and Hannah’s theme comes through Tony’s, or through Clay’s theme, Courtney’s theme, and definitely through her parents,” shares Eskmo. “It was really cool as a template music wise because it really gave me the freedom to really section off different musical ideas.”

A peek at Eskmo’s Tiny Desk Concert for NPR will give you some insight into how he creates his distinctive sound. While scoring work is different from performance, you can see some of the layering at play, and how different instruments – traditional and not – come together.

“I write in a program called Logic mostly for scoring and another called Ableton for when I’m doing live looping and performance stuff. I work with a number of software synths and programs I use for sound designing,” shares Eskmo. “I’ll often times record things with a field recorder and later bring this into my computer to twist the sound around into something else.”

The official score soundtrack for 13 Reasons Why (Amazon | iTunes | Spotify) released focuses on the pivotal cues and the main character themes, many of which were reworked a bit for the soundtrack album. For example, Eskmo shares that the Clay track was lengthened for the album, Alex’s theme was embellished, and Sheri’s theme was the combination of several shorter cues used in telling her story.

Eskmo is also a producer, putting his talents to work on the Selena Gomez song Only You, featured on the show’s two soundtracks. (Amazon | iTunes | Spotify)  Gomez served as Executive Producer for the series.

(The other album features some of the licensed music from the show. You can learn more about it from our interview with Music Supervisor Season Kent.)

The aptly titled “Oh In This World Of Dread, Carry On” starts off each episode as the theme song. It’s actually an edit of a track from Eskmo’s earlier Languages album, which was included on the demo reel he submitted to be considered for the job.

“Brian Yorkey ended up loving that tune and as we started to work on the intro, he wanted to use it for the opening. It was awesome to end up using a song I had written a few years ago that was inspired by choosing to live in the face of a tough world. It felt like a perfect match.”

It’s always hard for a composer to name favorites, but Eskmo points to a few that were the most interesting and exciting for him to create. “One cue I was excited about is first time they introduced Hannah’s theme, which is the first music cue in episode two. You hear her on the tape say “Welcome back…” and that starts into a montage of Clay’s and Hannah’s lives,” recalls Eskmo. “To go from that kind of nostalgic montage into a shot of Clay in his bed looking up at a poster of a galaxy, was really exciting for me.”

The show often blurs reality, with present-day Clay observing a scene from the past through Hannah’s narration, or Clay thinking he sees Hannah still alive. “Sometimes [Clay] has visions or he’s kind of losing his mind a little bit and I love playing with any of those moments throughout the show,” shares Eskmo.

Another is a scene in episode 11, which evolved into Clay’s theme. “It’s this scene where Clay is sitting in the car, and he’s got the headphones on, and it was just as he was really getting a sense of what had happened,” says Eskmo. “It’s such a beautifully, beautifully shot little scene there. It’s just him and the beautiful city lights behind. It was exciting for me to play with the idea of the gravity of this kind of story.”

And Tony’s signature Mustang? That’s in the score, too. “Tony’s theme is interesting. I actually made an electronic sound of what I would picture a Mustang sounding like coming through a synthesizer.”

Elsewhere and Next Up

Eskmo first popped on Tunefind’s radar with his work on HBO’s Billions, where he crafts a distinctive electronic sound for the show. Brian Koppelman, the showrunner for Billions, reached out to Eskmo after hearing his work on NPR. Fans really responded to the show’s unique sound, prompting a flurry of activity on Tunefind and the release of Eskmo’s score on a Billions soundtrack album (iTunes | Amazon | Spotify). Eskmo credits his work with The Echo Society – an LA-based collective of composers, musicians, and artists – with helping him explore the intersection of music and visual art, and bringing a cinematic element to his work. It also brought him to the attention of Season Kent, music supervisor for 13 Reasons Why.

“I’m a big fan of Eskmo – Brendan – and after meeting to discuss the tone of the show with [13 Reasons Why showrunner] Brian Yorkey, Brendan was someone I had in mind for the show,” recalls Season. “His music is haunting, extremely interesting and stays with you.”

Eskmo will have plenty to keep him busy until work begins on season 2 of 13 Reasons Why. In addition to scoring season 3 of Billions, he’s also working on his next solo album and the top secret plans for a 6th Echo Society show slated for later this year. Follow him on Twitter @eskmo_welder or http://www.eskmo.com/.

〉Read our interview with Music Supervisor Season Kent for details on the licensed music featured in 13 Reasons Why.

If you’re worried about yourself or a friend, please get help now. See https://13reasonswhy.info for some resources or reach out to a trusted adult.