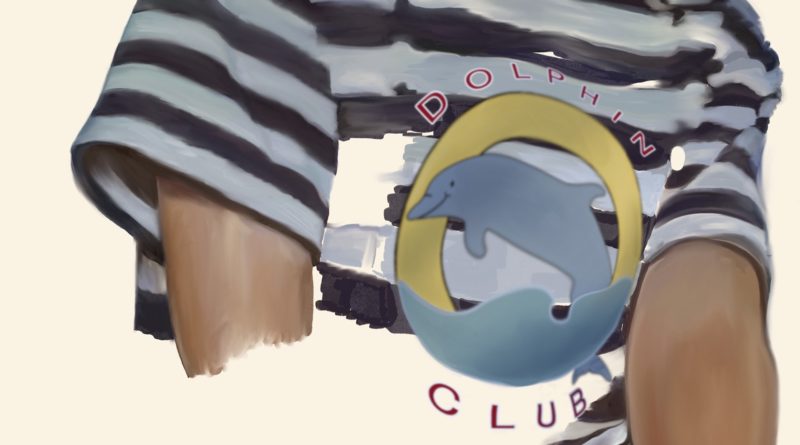 Emmy-winning drama Killing Eve lands last week’s most popular TV song, featured in the penultimate episode of the season. The haunting cover version of Taylor Swift’s ‘Look What You Made Me Do’ had fans buzzing during the show’s opening credits.

Look What You Made Me Do

by Jack Leopards & The Dolphin Club

Villanelle is left alone in the armor room; Tit…

At the beginning of last week’s episode, Villanelle is left alone in the armor room. ‘Look What You Made Me Do’ lurks throughout the opening and title card. The mysterious sound is matched by the mystery surrounding the band, with Jack Leopards & The Dolphin Club credited as the artist on this cover of Taylor Swift’s hit song.

The ‘LWYMMD’ stripped-back cover version was released as a single on May 25th, the day after the episode aired. This is the sole release from the band, otherwise a complete internet ghost with no other songs or online existence. Swifties–fans of Taylor Swift–hopped on the detective trail to uncover all the details on this cover song.

While nothing has been confirmed by Swift or the tight-lipped Killing Eve music team (check out our interview with music supervisor Catherine Grieves and composer David Holmes: Killing Eve’s Killer Soundtrack)- online theories abound. The belief is that the cover is, in fact, by Taylor Swift, but with a few twists.

Nils Sjöberg (a pseudonym previously used by Swift) is credited as a producer on the ‘LWYMMD’ cover, along with Swift’s long-time collaborator and producer, Jack Antonoff. Swift-as-Sjöberd co-wrote ‘This Is What You Came For’ with ex Calvin Harris and the alias even appeared in her ‘Look What You Made Me Do’ music video. Also in the music video was a specific outfit worn by Taylor, and in general the Reputation-era was full of leopard print clothing. Fans theorize these dots connect to become ‘Jack Leopards.’

What about The Dolphin Club? That, and the image on the single release, led Swifties to note that the vocals were most likely Taylor Swift’s brother, Austin. He previously used the Dolphin Club as a Twitter handle and the cover image appears to be a faceless childhood photo of him.

CONFIRMED: Jack Leopards & The Dolphins Club's "Look What You Made Me Do" cover is AUSTIN SWIFT! pic.twitter.com/IDAKgxSm1Y

Furthermore, back in February the Daily Mail reported that Taylor Swift asked Killing Eve producer if her brother could contribute to the series soundtrack.

And one final clue in this puzzle: Taylor Swift tweeted about the cover version feature on Killing Eve. Yes, this doesn’t confirm or deny her involvement, but we’re stoked that she’s stoked.

VERY STOKED about this cover of lwymmd on @KillingEve by Jack leopards & the dolphin club!! pic.twitter.com/fhkLfOssfm

‘Look What You Made Me Do’ addresses Taylor Swift’s unforgettable feud with Kayne West and her overall feelings of betrayal and lack of control. The drama surrounding this cover version and it’s placement in Killing Eve is award-worthy.

〉Listen now: Look What You Made Me Do by Jack Leopards & The Dolphin Club

〉Full list of songs in the Killing Eve soundtrack