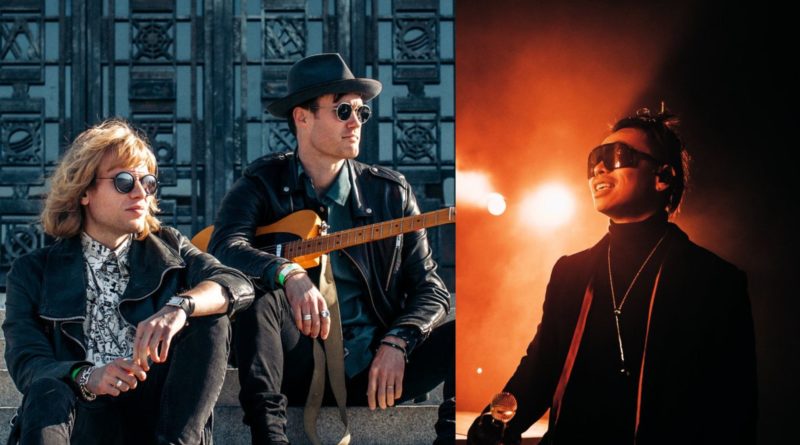 from The Sandman Soundtrack · Season 1 · Episode 6 · Chapter 6: The Sound of Her Wings

Desire at the end.End credits.

This song worked perfectly to provide a soundtrack to our character Desire and their intriguing ways.” – Kasey Truman, The Sandman music supervisor

Tunefind spoke with Kasey Truman, The Sandman music supervisor, about the meaning behind the song’s placement. “Bob Moses is a long-time favorite of Allan Heinberg, showrunner for [The] Sandman,” shared Truman. She continued, “This song worked perfectly to provide a soundtrack to our character Desire and their intriguing ways.”

‘Desire’ was released in August 2020 as the titular track on the duo’s fifth EP. Bob Moses described their 2020 EP by saying, “it’s a love tale for the digital age: all about the positives and pitfalls of humanity’s driving wants, especially in these technology-driven times.” Placed on Disc 1 of the EP, ‘Desire’ currently boasts over 2.5 million streams on Spotify.

Bob Moses is composed of bandmates Jimmy Vallance and Tom Howie. After attending high school together, Vallance and Howie met each other once again after independently moving to New York. They soon began developing music together and released their first EP Hands to Hold,  in 2012. The band is currently on tour and just recently performed at Lollapalooza, the same weekend that The Sandman dropped on Netflix.

Steven Zhu– known by his moniker Zhu– is an electronic music producer and singer who has been actively making music since the beginning of 2014. Zhu signed to Mind of a Genius Records and, until mid-2014, remained anonymous, asking to be judged by his music alone. Zhu was nominated for a Grammy award for Best Dance Recording in 2015 for his song ‘Faded.’ Most recently, Zhu released a brand new collaborative album featuring numerous artists, titled Musical Chairs Mixtape: Vol. 1, on July 29th, 2022.

Bob Moses has been featured in many TV shows and video games such as Atypical, Industry, and F1 22, amongst others. ZHU has had placements in The Falcon and The Winter Soldier, The Wilds, and Need For Speed: Heat, and many more projects.

〉Full list of songs featured in The Sandman soundtrack