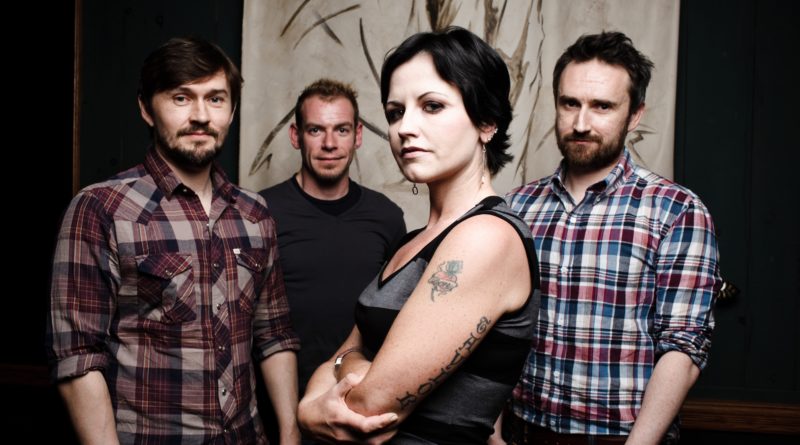 Every once in a while here at Tunefind we get a big spike of activity around a brand new show with a killer soundtrack. Recently it was Channel 4’s smash hit, Derry Girls, that popped onto that list. Derry Girls follows the lives of teens growing up 90’s Northern Ireland during The Troubles, so the soundtrack is chock full of nostalgic hits and Celtic influenced music that help set the scene. Boasting Channel 4’s biggest comedy launch viewership numbers since 2004, the series was picked up for a second season just after the first episode aired.

Music Supervisor Ciara Elwis helped make sure we have the complete list of all those 90’s bangers you love on Tunefind’s Derry Girls soundtrack pages. She also chatted with us about how the show’s soundtrack came together.

Hi Ciara. Let’s kick off at the beginning. How you got involved with Derry Girls?

I came onto the project a bit later on in the process than usual as the production were working towards a tight deadline, and so needed a hand with clearances as well as creative work. By that time, they had already established that they wanted a ‘throwback heavy’ soundtrack. The writer, Lisa McGee, wrote Derry Girls based on her own experiences living in Ireland in the early 90s, so it was great fun looking back at what the girls would have been listening to then, and trying to find tracks that would resonate specifically with that time period to an audience listening in 2018.

Beyond some iconic 90’s hits playing a key role, what were some of the themes or ideas you and the showrunners decided to explore?

It was important for the music to fit not just chronologically but also geographically, and using Celtic music was a really simple way of underlining the utter Irish-ness of the show – if the accents weren’t enough! We ended up using quite a bit of Celtic/folk rock, like ‘I’m Shipping up to Boston’ by Dropkick Murphys and ‘Devil’s Dance Floor’ by Flogging Molly, in the ‘scoring’ moments – usually when the gang have got themselves into trouble! That kept the trad feel whilst remaining contemporary enough to not jar against the rest of the soundtrack.

I'm Shipping up to Boston

The gang decide to steal the article about the …

One of the most popular moments on Tunefind was the use of “Dreams” by The Cranberries at the very beginning of the series, with the episode airing just a couple of weeks before Dolores O’Riordan’s death. Can you talk about that scene?

This track was already firmly embedded within the show before I started working on the project, so I can’t take any credit! I think it’s a perfect choice though. The very sadly late Dolores O’Riordan wrote the song when she was still quite young – only 19/20 – and you really get that feeling of youthful innocence when you listen to it. She also grew up during the troubles in Ireland, so it immediately links us with the right point in time. The opening line ‘all my life, is changing every day’ could just as easily be referring to the uneasy times they were living in, as to the trials of growing up! It sets a great tone for the show, and it also makes for a really beautiful final track in the last episode of the season. [Which aired just after our interview.]

What was your process to identify the songs?

As I touched on earlier, we were working within a pretty small time frame – the few years that lead up to the cease fire, so the majority of the songs are pop hits from a time period of about 4 years. After that, there were certain ‘rules’ in place for the music choices, with the main priority being that the tracks were nostalgic and also ‘guilty pleasures’ – I got in trouble for being too ‘cool’ a few times!

Really? What’s an example of one of those “too cool” songs that you wish more people knew about?

In terms of the ‘too cool’ tracks, I tried to get some Talk Talk “Life’s What You Make It” in there, and also ‘Friday I’m in Love’ by the Cure – I mean they aren’t unknown by any stretch, they just didn’t fit into the guilty pleasure box enough! I love it because there are just so many great tracks (read: ‘bangers’) from this era that there wasn’t room for them all! Luckily we have season 2 to look forward to…

For the record, “Friday I’m In Love” is one of the essential tracks of my youth, when I was growing up in the ’90s! Before we let you go, let’s hear about more of the music you love, aside from all those 90’s hits. What song have you had on repeat lately?

My most consistent ear-worm of late has been ‘Fireworks’ by First Aid Kit. It’s a great track – the Söderberg sisters’ voices are so soulful.

‘Nightshift’ by the Commodores is my no.1 feel-better-on-a-bad-day track. A bit of Stevie never goes amiss either though!

Thanks so much, Ciara!

While you wait for season 2, be sure to check out the Derry Girls soundtrack on Tunefind.

One thought on “90s Bangers Set the Scene on Derry Girls”