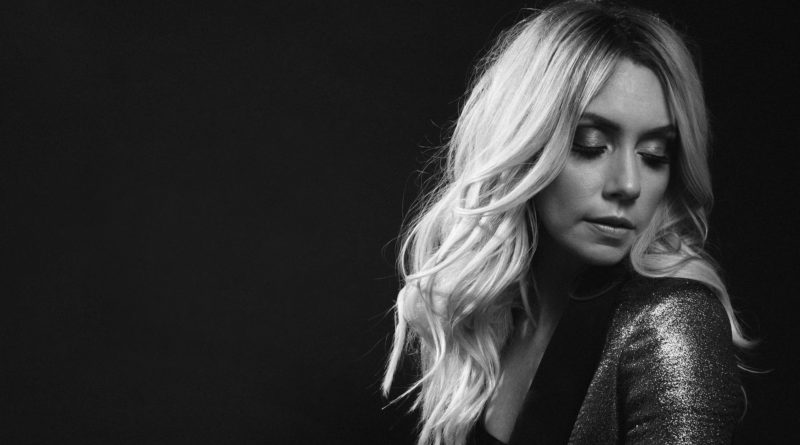 Tunefind fans know (and love) Ruelle. There’s a reason: the Nashville-based singer-songwriter’s tracks give you goosebumps. They’re full of intense urgency and ethereal mystery, something rare in pop, but perfect for dramas full of emotion and turmoil.

The tenderness and tension works like a charm for many moments in shows that demand that delicate balance. “Her cinematic, eerie, ethereal style caught my attention right away,” says music supervisor Andrea Higgins, who has placed Ruelle’s songs in shows like Killjoys and Wynonna Earp. One of her favorite placements is from Wynonna Earp, where ‘Until We Go Down’ bookended season 2. “Recently, an ‘Earper’ blogged about this particular song and articulated it so beautifully: ‘[The song] elicits images of heroes who absorb every blow, feel the weight of every decision, but fight on anyway. This is Wynonna throughout season two.’”

Until We Go Down

Wynonna sits in Willa's old bed and begins to c…

Ruelle’s cinematic approach and emotionally intense lyrics have graced a wide range of popular shows from Love Island and Dancing with the Stars to Teen Wolf and Shadowhunters. Ruelle helped shape the sound for Shadowhunters, including the original song written for an iconic, long-awaited kiss scene that wowed fans.

Clary arrives back safely and Jace is relieved.

“When Shadowhunters began, the song ‘Where Do We go from Here’ was a song that was an ‘aha’ moment for us,” explains Lindsay Wolfington, the music supervisor for the series. “It worked subtly under three scenes where characters were considering a change. Her voice blends in like an instrument. When singing lyrics or ‘oohs’ – but the ‘oohs’ in particular – work really well to lend emotion to the song without overpowering dialogue. Her vocals have a haunting/echo-ey quality to them that really simply ‘felt’ like the Shadow World in the show. After placing that song and two others, we asked her to do our theme song and we’ve never looked back.”

Where Do We Go From Here

from Shadowhunters: The Mortal Instruments Soundtrack · Season 1 · Episode 6 · Of Men and Angels

Isabelle breaks up with Meliorn, dresses to be …

“There is just something so magical and powerful about her music,” explains music supervisor Chris Mollere, who used Ruelle tracks in shows like The Originals and Pretty Little Liars. “It has everything to do with the brilliant instrumentation, arrangement, performance, songwriting and of course, her gorgeous vocals. Her music lends itself so beautifully to a plethora of scenes by creating a way for the story to be told onscreen through the actors, but at the same time taking the scene to a whole other amazing level.”

“She’s got a beautiful, haunting and powerful voice,” agrees music supervisor Robin Urdang. “The mixture of her voice with the instrumentation gives you enough room to hear the song and feel the emotional impact of the scene.”

Of one of her favorite Ruelle placements in Younger, Urdang shares (spoiler alert!), “You see Charles, after 5 seasons, find out that Liza has been lying to everyone. You hear the song and boom… You’re left hanging and ‘holding your breath.’ Gosh, it worked perfectly.”

“Her lyrics and emotional tone work well for sync,” notes Wendy Levy, an early champion who featured songs on shows like The Fosters, Switched At Birth, and Make It or Break It back when Ruelle was performing under the name Maggie Eckford. “Her vocals lay nicely under dialogue.” 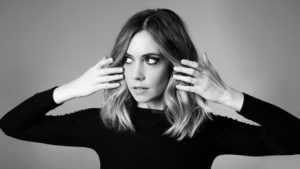 The young songwriter built her career on sync, when she got a surprise call while living overseas. Someone at Apple heard a track from her indie-released debut EP and messaged her, asking if they could talk about using it in a Japanese commercial for the brand. “I was so shocked when I got that first check,” she recalls. “I was so broke at the time and was in the process of selling all of my belongings so I could move back the US and start over. I was able to buy a car with that money, and after that I decided to move to Nashville to pursue songwriting. It was a very pivotal moment for me.”

She made full use of that moment, working to find her artistic voice and to gain more traction in the music supervision community. She managed both, honing a cinematic sound that draws on lessons learned from a wide range of genres. Along the way, she shifted away from her original singer-songwriter identity to a more enigmatic name, Ruelle. The new nom de guerre gave her liberty to experiment with her sound, adding more electronic elements to the mix.

“I really never thought of myself as a true artist until that first breakthrough, even though I think deep down I always wanted that,” reflects Ruelle. “Sync allowed me to discover my sound and gave me the confidence to push myself. I realized that people were actually listening, and that they actually cared about what I was putting out there. It has also given me the resources to be an independent artist and maintain creative freedom and control.”

Until We Go Down

Much like a theme song, the music used in a trailer or promo for a new show has to paint a vivid picture for viewers, hopefully getting them excited about a whole new story and characters. To introduce the dark supernatural mermaid series Siren, Freeform Head of Music Tricia Holloway featured Ruelle’s ominous ‘Madness’ in the key trailer that launched the series – and racked up an amazing 20 million views online.

“The song begins with sound design that commands your attention and delivers a sense of danger. With banging metal and guttural ringing sirens, you already felt like you were in a boat, in a stormy ocean, before the visuals even came on screen,” shared Holloway. “The lyrics were broad enough that we could really line things up to feel like the song was written for the narrative of the trailer “I’ve seen that look in your eyes …these secrets and lies …storm in the quiet” – they couldn’t be more perfect. The creepy delivery of the vocals and the haunting ‘oohs’ are laid on the track so spaciously that there’s room for dialogue to breathe and intrigue to build.”

“Sometimes, I think Ruelle just needs to sit at the piano, play a few heartbreaking chords and ‘ooh’ and it would work over anything!” says Wolfington. “And the fact that she can create these great songs so quickly is inspiring. It makes it so easy to call on her for custom work.”

The demands of finding an emotional connection to a specific scene or character excite Ruelle as an artist. “I actually enjoy working within certain parameters. I try to put myself within that scene and really focus on the emotion that they want to portray,” she says. “It differs [from my other songwriting] in that while I do try to draw inspiration from a personal place, I am mostly envisioning the scene and building off of that. It’s fun, and it’s kind of like getting to play a different character role every time.”

While custom work for sync is one small piece of the puzzle, Ruelle is first and foremost a singer-songwriter who writes her own music from the heart, and from her own experiences. She advises artists to stay true to themselves: “You don’t have to abandon who you are to do well in sync. If you’re really good at one particular genre and it feels the most natural for you, do that!”

But Ruelle does have some concrete tips and encouragement for anyone looking to emulate her success in sync. “Be willing to learn,” shares Ruelle. “Write from a genuine place, but write smart. Look into themes that are working for sync now, and give yourself homework assignments. Just start! It’s like anything else. The more you do it, the better you get at it. And it does take work.”

Mollere echoes this advice in highlighting one of Ruelle’s strengths, “Ruelle is so very smart about creating music that has universal themes and meanings that can translate so beautifully into so many different types of shows and films.”

This versatility comes from Ruelle’s heart, and she relishes when songs she wrote for a specific occasion or person get a wider listen – and a chance to touch new audiences. One of her favorites: “‘I Get to Love You’ was on Dancing with the Stars. “It was a song I wrote for my husband for our wedding day, and after the couple danced to it on the show there wasn’t a dry eye in the house,” recalls Ruelle. “It was a really special moment, and I’ll never forget it.”

I Get to Love You

Following Ruelle on Tunefind is often the only way to confirm if a track is hers, and where to get it. Some of her songs have taken Tunefind by storm–but have never been released. ‘The Rise and the Fall’ (from The Originals), ‘Made for the Wild’ (from Famous in Love)  and ‘Who’s Gonna Rule This World’ (from The Shannara Chronicles) are a few fan favorites still not available anywhere.

She simply can’t manage to release everything she’s working on. “I write multiple songs a week sometimes and they all get pitched for film and TV,” she explains. “There’s simply no way I could release every single song that got synced. Sometimes it happens so fast that I don’t have time to get it out, other times the show owns the song in what’s called a ‘buyout,’ and I am not allowed to release it. So it varies, but I do try to listen to the fans and pay attention to which songs are getting asked for the most. I may be late in releasing some of them, but eventually a lot of them do get released.”

Among those she’s releasing thanks to popular demand: ‘The Downfall,’ just out on YouTube, which appeared recently on The Originals.

Ruelle lovers can also look forward to her album due out this year, which will feature tracks like ‘The Fear of Letting Go’ (first heard on Life Sentence).