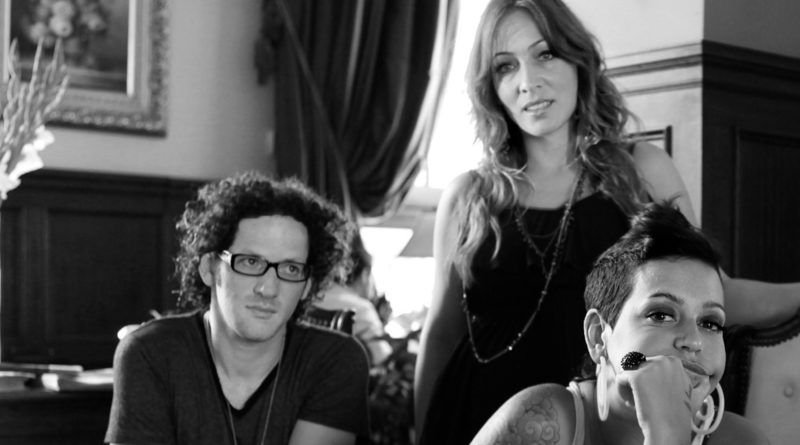 Jackson shares his fears as his mother, Catherine, undergoes a difficult surgery. Suspenseful piano and a haunting rhythm fade in. The dramatic instrumental is joined by intense vocals, as the surgeons try a new approach. Dr. Bailey and Richard look on from the gallery as the music builds.

“We have paired The Rescues’ gorgeous tracks to complete the storytelling on Grey’s Anatomy many times over our 15 seasons and were thrilled to debut ‘Hold On’ last Thursday,” shared music supervisor Alexandra Patsavas.

“Their evocative, moody and beautiful version of Sarah McLachlan’s ‘Hold On’ completed the scene,” said Patsavas. “It is one of Co-Executive Producer and episode writer Elizabeth Finch’s most beloved songs.”

Though each has success as individual artists, Adrianne Gonzalez, Gabriel Mann, and Kyler England met on the LA singer-songwriter circuit and formed The Rescues in 2008. The indie pop/rock trio features the singing, songwriting, and multi-instrument skills of all three members, including their intricately woven three part harmonies.

“Adrianne had created this beautiful epic track that we all loved and had been sitting on,” Kyler England shared with Tunefind. “When Grey’s asked us to do a cover of Sarah McLachlan’s ‘Hold On’ for Catherine’s surgery scene, it felt like the perfect fit for a dark reimagining of the song.”

Originally written and recorded by Canadian songstress Sarah McLachlan and released in February 1994, ‘Hold On’ has cinematic roots. McLachlan was reportedly inspired to write the song after watching A Promise Kept, a Canadian documentary about a tragic love story. While McLachlan’s original is a heartfelt plea, this new version by The Rescues taps into an intense and more desperate vibe – fitting, given the high stakes of the scene.

“We’ve all been fans of Sarah’s and of that song since the early days of our careers,” England elaborates. “We’ve also had quite a few ‘pivotal moment’ songs in Grey’s over the years–in fact, that’s what helped launch The Rescues. The whole thing has had a full-circle-feeling to it.”

Attentive Grey’s fans will recognize The Rescues from previous placements on the show, including a big montage in the season 5 opening double episode and several others that season. Additional sync placements include One Tree Hill, Private Practice, and Pretty Little Liars.

〉Listen now: Hold On by The Rescues

〉More music by The Rescues

One thought on “Top TV Song: Hold On by The Rescues”