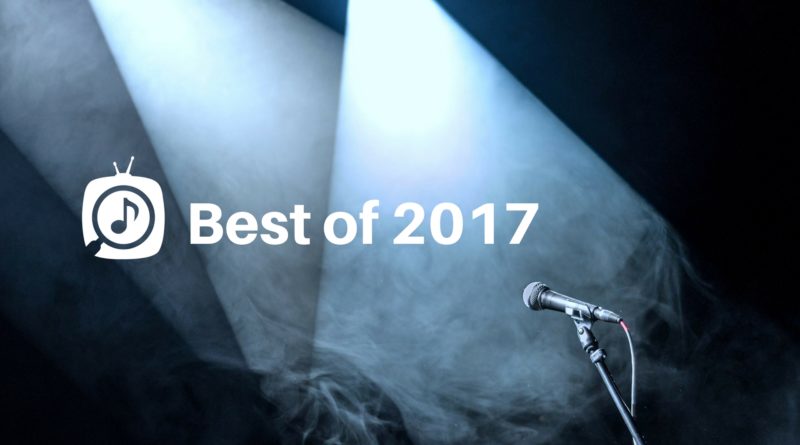 Here at Tunefind we’re looking back at some of highlights from 2017, including the top movie soundtracks, top new TV shows driving music discovery, and most popular TV songs on Tunefind.

Sometimes a sync is so good and a song so compelling that fans are inspired to learn more, and explore other tracks. These are the artists that were the most popular and inspired the most research and discovery on Tunefind in 2017.

Michaelson had some high profile syncs in the final seasons of both The Vampire Diaries and Pretty Little Liars, as well as shows like The Catch, When We Rise, So You Think You Can Dance, and more.

The only composer to crack our top 10, Djawadi had a very busy year. Fans were looking for his work on season 7 of a little show called Game of Thrones, plus Westworld, and films The Mountain Between Us and The Great Wall.

Featuring Petra Haden and Jim Bianco (missing above), The Collapsable Hearts Club scored a bit hit and piqued curiosity when their song “Easy Street” was featured in TheWalking Dead.

Imagine Dragons had a lot of prominent syncs this past year across TV and advertisements, including lots of high profile trailers and promos.

On hiatus from Mindless Self Indulgence, Jimmy popped up in the role of Ravager in Guardians of the Galaxy Vol. 2. He also contributed a song that had fans scrambling to find out details.

English singer Rory Graham – better known as Rag’n’Bone Man – first popped onto our radar in 2016 when one of his songs was featured in the trailer for Orange Is the New Black. But he really broke out in 2017, with high profile syncs across many trailers/promos, TV shows, films and live performances.

A high profile sync in Lucifer propelled Friends in Paris onto our chart, with their song “When Your Heart Is A Stranger.”

Ruelle, who also performs as Maggie Eckford, had a very big year in sync. Along with several original songs and syncs for Shadowhunters (plus a livestream concert for fans) and The Shannara Chronicles, Ruelle’s music appeared in trailers for 13 Reasons Why, Empire, Quantico, Before I Fall, plus shows like Reign, Killjoys, Marvel’s Inhumans and many more.

Dubbed “TV’s most ubiquitous song” by TV Guide, Kaleo’s “Way Down We Go” was absolutely everywhere last year. Including Tunefind’s top songs of 2016. This helped them capture the top spot as the most popular artist on Tunefind in 2017.