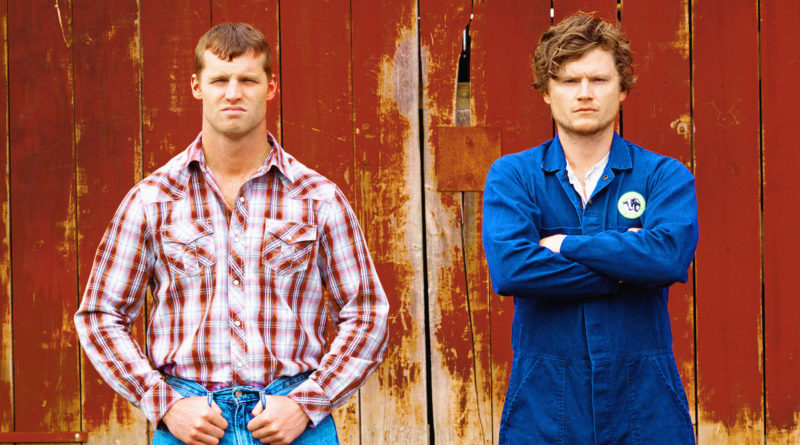 Canadian bands and artists are finding new fans from the United States, thanks to Letterkenny’s recent release on Hulu. Now in its sixth season, this Canadian hit comedy features an indie-heavy soundtrack curated by the team at Supergroup Sonic Branding Co, based in Toronto.

Letterkenny chronicles the lives of the quirky residents of this fictional town in rural Ontario, based on creator and star Jared Keeso’s home town. Featuring Keeso and company’s dry wit and the ridiculous antics of the hicks, skids, and hockey players living in Letterkenny, the show’s soundtrack provides authentic background sound or comedic punch to the understated on screen action.

Originally a web series called Letterkenny Problems, the series built up a cult following and was picked up by Crave TV. At the Canadian Screen Awards in 2017, Letterkenny won for Best Comedy, Best Direction, and Best Writing in a Comedy. Creator Jared Keeso also received a nomination for Lead Actor in a Comedy. The following year, the show won again for Best Writing and Best Direction. All this success caught Hulu’s attention, which started streaming the first two seasons in July 2018, adding the remaining seasons in December 2018. And that new audience has been hitting Tunefind to discover the music being highlighted throughout the series.

In addition to the full Letterkenny soundtrack listings available on Tunefind, we also got the inside scoop from Cody Partridge, music supervisor with Supergroup, who takes point on the team’s work for Letterkenny.

For Letterkenny you’ve got a quirky, stylized world of a rural Canadian town to soundtrack. What are some of the themes or ideas you focus on with the music?

Cody Partridge: This show is a bit different than any other show we work on. Jared Keeso is extremely hands on with the music used in the show. He’s very good at writing scripts with specific songs in mind. If those songs are not attainable then we get creative and provide alternates in the same vein as the temp tracks, and work with Jared to find a suitable replacement.

To answer this question more directly, we do stick to a few categories to keep a constant “Letterkenny theme” throughout the seasons. Mostly we stick to drum and bass tracks for the Skids, some bar rock for background scenes, and some major represented tracks (often remixes) for montage and featured moments.

The show features a lot of indie artists, especially Canadian artists. How did that factor into Letterkenny?

CP: At the Supergroup we do our best to represent Canada in all the projects we work on. It also helps that Jared has strong ties to the Canadian music scene and tries to keep the feel of the show authentic. We always try to make the best creative solution work, and the more we can align that with Canadian or indie acts, the more we try to, as we love supporting those trying to make it in this Wild West of an industry.

CP: The moment of the show that I personally am most proud of is the first dance scene in episode 501. I have always wanted to place ‘Fuck The Pain Away’ by Peaches and when that was an option Jared was considering, I pushed to make it happen. I had just finished with a fantastic experience working with Peaches camp on another show, so it was somewhat of a stars align moment that I think came off fantastically.

F**k the Pain Away

Ronnie and Daxie have their first dance; the Hi…

What song almost didn’t make it in?

CP: The toughest deal to make happen, hands down, was the final song in episode 506: ‘Un Musicien Parmi Tant D’Autres’ by Harmonium. For whatever reason, the negotiations took an extremely long time, and we literally got approval an hour before locking picture. This one was very important to Jared, we had an alternate on deck just in case, but we were able to make magic happen, and it is now one of my favorite placements in the series.

At the end, Anik and Daryl.

In keeping with the Canadian tie-in, one fan favorite song on Tunefind was the Purity Ring track ‘Fineshrine’ in season 6. How did that sync come about?

CP: This was one that Jared had suggested, luckily we have a fantastic relationship with the rights holders, and everyone was on board to make this happen. This was one of the smoothest approvals since I have been a part of the show.

Going back a bit further, fans loved the Dogbody by HolloH placement in season 4, episode 4. How did you find that one?

CP: This was a select from the mind of David Hayman (president of Supergroup). He passed it along to me for consideration for a single background use in a gym scene. The management of HolloH was a friend David had made over the years, and it worked perfectly for what Jared was looking for. It worked so well that I think we have now licensed it somewhere around seven times throughout the series.

Winnipeg band Get Famous had a popular placement in season six, and is another band getting their first listing on Tunefind thanks to Letterkenny. Can you give us the background on this one?

CP: This was a fun one for me. We had pursued this one in previous seasons, but for whatever reason it was always replaced shortly after it was suggested. So this time when it came up I really wanted to make sure it stayed in the mix. With the previous potential uses, I was never able to get a hold of the rights holder before it was swapped out, so this time I was able to finally connect and make it happen. This was almost one of the “ones that got away,” but we got it in there!

Another fan favorite was the Dragonette track in season 6, during a party scene.

CP: We had cleared tracks from Dragonette in the past for other projects we work on, so when Jared mentioned it may have been a track of interest I was able to touch base and use previous working relationships to get a quick easy approval.

Pick Up the Phone (Arithmatix Remix)

Katie and Wayne enter the party.

Thanks for that background, Cody. Now, let’s learn a bit more about you. How did you first get into music supervision?

CP: Lots of grinding, I interned for about 2.5 years while maintaining 2 other jobs, just waiting to get a break. I have a background in Music Business through Durham College, and I had a passion for this world. I am thankful for David Hayman who gave me a legit opportunity which I was determined to utilize to the best of my ability.

Funny enough I initially got into Music Supervision wanting only to do Creative. I wanted to place songs I liked and knew very little about the actual clearance side. As you can imagine, my taste in music and the creative needs of the projects we work on don’t often align. I then got a taste for clearing songs and everything that goes along with it, and my entire outlook changed. My passion has evolved into making magic happen, utilizing relationships, and obtaining approvals for even the most obscure tracks. I like to think of myself as a musical Indiana Jones, treasure hunting to make the vision of productions come to realization.

What’s your favorite part of this work?

CP: All of it. Every project is a little different. It is always a challenge to locate rights holders, negotiate, and have everything come together to make the production and everyone happy. I love every minute of it.

Any advice you’d give your younger self, or aspiring supervisors?

CP: This is not an easy career to get into, but it is well worth the work. It is literally a 24-7 job. We often refer to it as “The Wild West”, as you never know what is going to happen. It is a bit crazy, but never stop grinding, and always be ready to take advantage of any opportunity. Getting into this world is all about timing and working as hard as you can.

What song or artist have you had on repeat lately?

CP: The new Simple Creatures EP and the album “Wild & Free” by A Rocket to The Moon have been on repeat in the car.

CP: If I was to select one song that brings me out of a funk, I would have to say “Capitol H” by Motion City Soundtrack. It just brings me back to a great time in life, and is just nostalgic to me.

What’s your favorite TV show (other than your projects)?

CP: I am a huge Aaron Sorkin fan, so I would say Studio 60 on the Sunset Strip, Newsroom, etc. I also love the classic teen dramas like The OC, Friday Night Lights, etc.