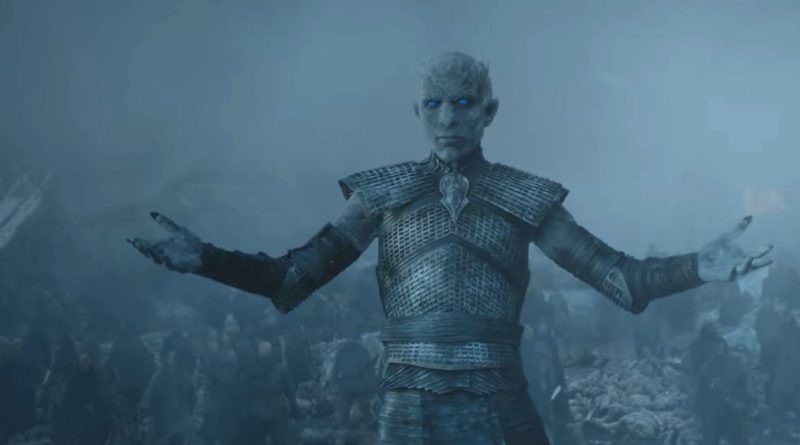 In the final season, Game of Thrones fervor is reaching fever pitch. Featured through several key scenes during the epic Battle of Winterfell, ‘The Night King’ by Ramin Djawadi drove intense interest from fans and claimed the top TV song last week.

Scenes leading up to Arya killing the Night King

One of Tunefind’s most popular composers of 2018, Djawadi (Westworld, Tom Clancy’s Jack Ryan, Gears of War 4) has said that this episode was his hardest GoT endeavor to date. Tasked with scoring a battle that lasts for practically the entire 1 hour and 22 minute episode, the only comparable scene in the history of the series is the Battle of the Bastards (from season 6), which was just 17 minutes long. Djawadi told The Wrap he estimates he spent double or triple the writing time for the score of “The Long Night.”

Djawadi opted to use electronic music and bass drums to build suspense throughout the action early in the episode. In the rare moments of hope, the score features a full orchestra for what he termed a more “organic feel” in Variety. Djawadi shared with The Wrap, “But the piece at the end, the piano piece, I feel stands out and is so different.”

In the history of Game of Thrones, there has only been one other big piano moment.

Back in season 6, a piece called ‘Light of the Seven’ was featured as Cersei blows up the Sept of Baelor. Djawadi recalls in The Wrap, “So when we got together for this season we said, ‘OK, this is another moment now where the piano could be the right choice of instrument again.’ It’s the ending of this unbelievable battle sequence and yet the score needs to shift you from all the action and the music and ups and downs that came before and so we thought it’s time for the piano again.”

Clocking in at almost nine minutes long, the haunting piano notes of the released track build and retreat to follow critical moments of this tumultuous battle. Beyond the final scenes of the episode, Djawadi told The Wrap that ‘The Night King’ theme is “kind of woven in and out with all the action.”

Advising fans to rewatch and keep a look out for hints of the score earlier on in the episode, Djawadi went on to say, “That motif plays earlier and then it actually comes back on the piano, and that might not stick out to everybody right away but it’s there and then the big payoff is when it comes in on the piano.”

These earlier motifs have generated a lot of questions and interest on Tunefind from fans looking to identify specific moments of score from the episode. In fact, score can often be difficult to identify with the subtle nuances of the instrumentals, along with overlapping dialogue and action sounds, and the fact that often quite a lot of instrumental score never makes its way onto your favorite music services.

Of the original score that is actually released, it’s important to note that the music is often edited to picture, meaning the editors will adjust the music so that it fits perfectly with the scene. They may dial down the bass, for example, or edit certain sections together. Or the composer may weave together multiple cues and add some polish for release. This can sometimes mean that the music heard in the episode can vary substantially from what is released as the mastered song.

Game of Thrones primarily features the original score of Ramin Djawadi, but the show has dabbled in a few ‘traditional’ Westerosi folk songs. These have included the immensely popular  ‘Jenny of Oldstones’ by Florence + the Machine (which claimed the top TV song the previous week) and ‘The Rains of Catamere’ by Sigur Ros from season 4.

〉Full list of songs featured in the Game of Thrones soundtrack