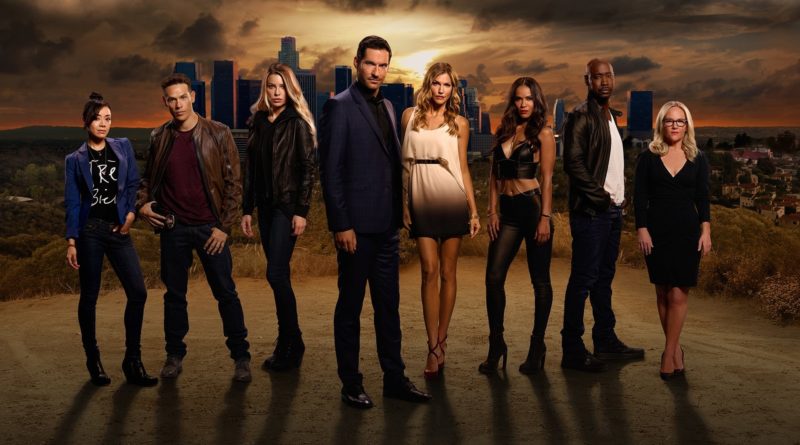 Lucifer has returned for the sixth and final season today, and it’s a bittersweet farewell for fans of the show and its soundtrack. The licensed music and regular cast performances featured in Lucifer have climbed Tunefind’s charts time and time again– and Lucifans have supported the show and soundtrack from the very beginning.

“I have never ceased to be completely blown away by the level of excitement, support and feverish love for not only the show itself, but the music on the show season after season,” Lucifer music supervisor Justin Kamps shared with Tunefind.

Lucifer has been a top TV show for music discovery since its pilot premiere in 2016. The fantasy series title character is based on a DC Comic character created by Neil Gaiman, Sam Kieth, and Mike Dringenberg. Lucifer was listed as Tunefind’s #1 Hottest New Show, based on how popular the premiere season was on Tunefind as fans were hunting down all of the music featured. The show’s theme song, ‘Being Evil Has A Price’ by Heavy Young Heathens, even reached #4 on Tunefind’s Top Songs of 2016.

Lucifer featured numerous cast performances, including many by Lucifer Morningstar himself, played by the multi-talented Tom Ellis. What do you expect when the devil is also a nightclub owner? It’s the perfect venue for the characters to break into cover versions of popular songs. Fans took notice of the devil’s renditions of ‘Creep’ by Radiohead and ‘Sinnerman’ by Nina Simone. But there was a problem, full versions of the songs didn’t exist.

In 2019, Tunefind published an article for the Top Unreleased TV Syncs of the year – the songs fans were dying to get their hands on, but were not yet available on the usual streaming or purchase platforms. Lucifer claimed two of the 10 spots on that list, including Ellis’ cover of ‘Creep’ and Lesley-Ann Brandt’s (Maze on the show) cover of ‘Wonderwall’ by Oasis. In 2020, prayers were answered with a soundtrack album, including all the favorites from across multiple seasons. In season 5, a special episode soundtrack called Bloody Celestial Karaoke Jam was released with even more cast performances.

Lucifer has had many top songs on Tunefind, including some of the series favorites (listed below) and tracks from Old Caltone, LACES, King Princess and Mark Ronson. After being featured in Lucifer season 2, singer MILCK took the #2 spot on Tunefind’s Top Songs of 2017 chart for the song ‘The World Is Unraveling’ and the musical group Friends In Paris came in #3 on Tunefind’s Top Artists of 2017 chart highlighting their song, ‘When Your Heart is a Stranger’.

The love for all the songs from Lucifer seems endless and Lucifans will likely have the final season’s songs overwhelming Tunefind’s charts one last time as they binge through the season this weekend.

Leading into the season 6 premiere, music supervisor Justin Kamps has been seeing Lucifer tributes and thank you videos from fans around the world–the reach of which continues to surprise and thrill him. He’s also been hearing from the bands that Lucifans have blown up after hearing their songs in the show. Now that the end is here, watching and hearing these stories has Kamps feeling nostalgic and grateful.

“I feel incredibly honored and extremely lucky to have been a small, small part of the amazing group of people who made Lucifer happen. It’s the fans that got us this far, and the fans who will keep Lucifer alive long after the show is gone,” stated Kamps. “Thank you so much for your ears throughout these 6 seasons, and I hope you enjoy what you hear in the final season! See you around!”

Tunefind is tracking the most popular songs from Lucifer below. And, as always, see Tunefind’s full Lucifer soundtrack listings for the complete lists of the songs featured in season 6.

As you get ready to say goodbye, take a look back at the fan favorite songs from the series.

Ain't No Rest for the Wicked

by Cage the Elephant

Beginning, on the car radio as a cop stops Luci…

When Your Heart Is a Stranger

by Friends In Paris

Lucifer tells Charlotte he refuses to be a pawn…

Charlotte goes to the world Lucifer created for…

In the Air Tonight

At the end, Lucifer goes to Chloe's house; Luci…

At the end, Charlotte​ is shot.

My Love Will Never Die

Lucifer walks away from Chloe; He sits on his t…

Lucifer and Chloe discuss their relationship an…

Mazikeen walks around her mother's apartment.

In Hell someone is sitting on the throne.

Eve walks down the aisle.